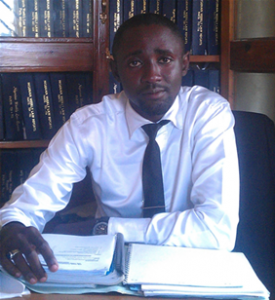 To me a smile is not worth a good smile unless if reflected on the face of our brothers. Only by love towards one another and collective problem solving that we will achieve a better world for everyone. A world free of poverty, a world divorce of lawlessness, a world of peace, a world of freedom, a world that I and everyone out there will be proud of.

To ascertain and understand proper the major problems facing the world today, its incumbent we divert our minds to all parts of the world as the problems differs. While some of the problems are universal like terrorism, others are more prevalent to some parts of the world (i.e. poverty). While some countries are trying to acquire weapons of mass destruction, others are trying to save their economy from breakdown. On a general context however, some among the major problems facing the world are:

Terrorism: today the wings of terrorism are flying across the world. Different terrorist groups are everyday emerging and posing a great threat to the peace of the world.

Poverty: for some time now, poverty has eaten into the lives of so many populations. Poverty is the number one resultant of other global problems.

Bad leadership: bad leadership over the past decades has thrown so many nations into the pitch. Being one factor that eats deep into the root of a nations well being and development, bad leadership open ways to corruption, abuse of law and procedure and poor decision making.

In order to address a problem, there is always a need to trace its root. Having a look at all the problems, one can safely conclude that they are resultant effect of a particular factor or the other. If we look at the act of terrorism, most terrorist acts are born out of perceived injustice. What may appear just to someone might appear unjust to another. That is why movements to encourage different cultures to appreciate each other and tying the bonds of relationship between nations based on mutual understanding will produce positive result in addressing the problems. Today there are a lot of activities by various bodies trying to unify the world and address most of it problems i.e. United Nations, World Bank, Commonwealth, African Union, European Union etc I believe active participation and involvement of individuals and organizations in the activities of the above bodies will indeed make an impact.

The above also can only be perfected if there are good leaders and representatives. On this we can assume good leadership is the yardstick for solving most global problems. Within a lot of people lies individuals with good leadership potentiality which only needs to be unlock by encouraging and promoting seminars, lectures, studies and active participation and involvement of individuals especially the youths in policy and decision making.

My name is Abubakar Umar and I am a lawyer by profession. Born on the 7th of June, 1989 in the ancient city of Katsina State in Nigeria. I am the eldest son in the family of nine. I have about 6 years of experience working with ABC Engineering Limited as a computer operator and tutor since from age 17 which exposes me to the challenging working environment in our society. I later joined the law firm of Tajudeen O. Oladoja & Co. as a litigation lawyer after i successfully passed the law school exam. My main responsibilities include legal research, litigation, client interview and legal drafting. As a lawyer and whose firm is into active legal practice, i participates in most of it activities ranging from lectures, visiting prisons, pro-bono services to litigants, promoting out of court settlement and negotiations.

I participate and followed different organizations and websites dedicated to leadership and human developments such as “TakingItGlobal” and “CoalitionWild,” networks of young people working towards tackling global challenges.

As every living individual have dreams and goals in life, my dream is to become a lawyer and a reputable policy and decision maker who will engage in acceleration of community developments. I have not relented in my efforts to achieve my dreams as i made laziness an enemy right from childhood.

I have visited so many states within Nigeria and other neighboring countries like Ghana, Togo, Benin Republic and Niger Republic. Enjoyed reading inspirational books like “Dreams From My Father” by Barrack Obama, ‘There was a Country” and ‘Things Fall Apart” all by Chinua Achebe, “1984” and “Animal Farm” both by George Orwell, “A Lotus for Miss Quon,” “Lay her among the Lilies,” ‘The world is not enough,” “A Corpen from Japan,” all by James Hardley Chase, ‘The Appeal,” ‘The Summons’, ‘The Firm,” “A Time to Kill,” ‘The Street Lawyer” all by John Grisham.

I can say I am a movies freak and I enjoyed watching. Some of my favorites movies include: 24, Boston Legal, The Good Wife, Prison break, Law Abiding Citizen, The Avatar, The Twilight Saga, The Vampire Diaries, The Suits, Freedom Writers, Harry Porter, The Fast and Furious, El Gringo, the Bourne, Salt, Gladiator, Spartacus, American Pie, American Hustle, American Virgin, Wedding Crashers, What’s the Worst that Could Happen, Why did I get Married, and The House of Sadam.