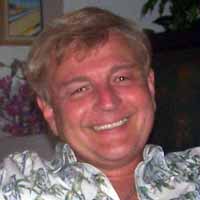 Global Unity with the introduction of instant communication via the internet and the world wide web. National boundaries, distance and language no longer separate us as they did in the past. As we enter the 21st Century, possibilities exist which would have been beyond the wildest dreams of our grandparents.

With these changes have come an emerging internet based youth culture that is reaching out to their peers around the globe; exchanging ideas, sharing hopes and dreams and creating a global culture. As information has become more available, expectations have risen. Who will channel those expectations into fruitful endeavors that will lead to positive change in the world and personal fulfillment? What philosophy will guide us into the future and lead us toward a world of freedom, justice, equality and prosperity for all?

We offer just such a philosophy and program. The greatest philosophers & wisdom keepers, both ancient and modern, have understood that our outer reality is a reflection of our inner reality; how we see ourselves and how we see the world. It is from our inner reality – our consciousness – that we create our outer world, both individually and collectively as cultures & nations. If we are not happy with our outer world, we begin to change it from within. As individuals change, cultures change. As cultures change, countries change. As countries change, the world changes. It all begins with our consciousness and that is based on our thoughts, beliefs, attitudes and perspective. When these change, we change. When we change, the world changes. This understanding is the foundation of our program.

“Terrorism” has been a dominant theme in the media for the past few years and especially in the USA since 9/11. The response to this threat has been predictable, considering that, in the past, our national leadership was a reflection of the dominant old-world paradigm of “search & destroy” anything that can be defined as “the enemy.” The rationale is that, with enough money and military might, you can eliminate the symptoms of a problem and declare victory. The reality is quite different.

But times are changing. For example, we see the traditional medical model of “nuclear war” (radiation), “chemical warfare” (chemotherapy) and “surgical strikes” (surgery) – which largely deal with symptoms – being challenged by a holistic approach that is bringing us to a deeper understanding of the cause of disease, including the role of the mind, beliefs and consciousness. The holistic movement continues to gain momentum simply because it is working.

What is now needed is a holistic approach to international relations, the final frontier of lawlessness and the baser aspects of tribalism. We have reached a point of global interdependence that no longer allows us the luxury of power politics and military solutions if we are to survive as a species. So called “terrorism” – whether by individual suicide bombers or government-sanctioned air raids, is no longer an option, regardless of how hard we may try to justify it. We have come to a point where we must find win/win solutions, or everyone will lose. The only true solution is a change in consciousness, an expanded world view; and a paradigm shift.

Such a shift has been quietly taking place for the past few decades in the USA and the rest of the western world. It has surfaced in best selling books, TV talk shows, new movies and in scores of other ways that touch our daily lives. We are approaching a quantum shift that will ultimately be reflected in the leaders we elect and the priorities they set. Until that time, we have work to do. Our work is the expansion of consciousness toward a global, holistic view of the world and our place in it.

Over the past 15 years, I have had the opportunity of visiting more than 25 countries. In most cases I stayed in homes and villages and was able to get to know “average people”, especially young people. I came to know and understand their dreams and aspirations as well as their challenges and frustrations. Often I saw how their dreams and frustrations were co-opted by political and religious systems with divisive, dualistic and narrow agendas. In most cases, these were the only belief systems which provided an outlet for their idealism.

The International Institute For Global Leadership offers another choice, a positive choice. Our curriculum provides not only a constructive philosophy but also concrete successful strategies for implementing positive change in students lives and communities. Because the program is internet based and our students come from many national, racial, cultural, ethnic and religious backgrounds, we encourage them to dialog with one another, discussing their studies, exchanging ideas and sharing their dreams & visions for a positive future.

As their profiles show, although most are in their 20’s, they have already taken major steps to make a positive difference in the world. The Institute adds a missing and important dimension to their personal growth and leadership potential by providing an understanding of how our thoughts, attitudes and consciousness create our experience, individually and collectively. This critical factor empowers them to take personal responsibility for creating a world of justice, freedom, peace, and prosperity.

There are thousands of organizations around the world involved in building the new paradigms in the areas of human relations, peace, ecology, health, etc. The work of the International Institute For Global Leadership is only a small part of this overall movement toward a new consciousness, but ours is a very specific and vitally important mission.

While our program is available to all people of any age, our targeted population is young adults who show leadership potential. These are the ones who will be tomorrow’s leaders, both within their own countries and internationally. The leadership they give will be guided by the ideas and beliefs they are exposed to and finally embrace. As young adults, they are now in that exploration and sorting out phase of life. This is when the introduction of new ideas and options will have the greatest impact. What better way to invest in the future of the planet than by investing in those who will become our leaders? What greater investment than a young mind which, with the right exposure, might become another Gandhi, Mandela, Dalai Lama, Martin Luther King or one of the hundreds of thousands who work anonymously for positive change in their communities across the globe?

Won’t you join us in our efforts in shifting the global paradigm to one that supports life, unity, justice, peace and prosperity for all? Your contribution goes toward the cost of student books, website maintenance and a stipend volunteer director. All contributions are tax-deductible in the US. We are happy to receive contributions, regardless of size. It is not just the money, it is also the energy of support from many different people which is the foundation of our work.

Checks (on US Banks) may be mailed to the International Institute For Global Leadership, PO Box 18909, Ashville, NC. 28814., USA. For details on making a contribution by credit card or bank transfer, contact Michael Lightweaver at lightweave@aol.com. Contributions are tax deductible under the 5013C tax codes of the United States Internal Revenue Service