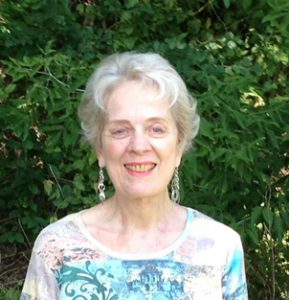 Julie was born and spent her childhood in Dubuque, Iowa. She taught at St. John’s Cathedral High School prior to its closing in 1976. She held numerous Corporate Training and Management positions for over 30 years at Mortgage Guaranty Insurance Company (MGIC) prior to her retirement in 2004. She also was a volunteer English teacher to first generation Russian Immigrants. Julie began mentoring with IIGL in 2004 and touched many students, graduates and colleagues. In her free time, Julie enjoyed writing children’s stories, spending time with family and close friends. She also practiced mediation and sword Tai chi on a daily basis.

Julie said, “I am a student of the world who is continually learning and growing. To be able to share with others in many ways, is a means of continuing this growth. I would like to keep learning from others and share whatever I may have learned. I have had the opp 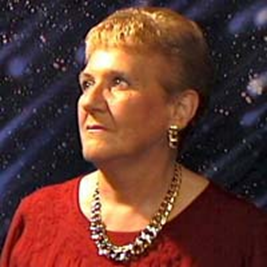 Helen’s early adult years were dedicated to nursing. First with a diploma degree from St. Catherine’s College in St. Paul, MN and then with a Helen. bachelors in Nursing from the University of Minnesota in Minneapolis, MN. She worked in the fields of Critical Care, Emergency Room and Trauma/Crises.

In 1981 she received a Masters in Counseling Education from the University of South Florida and set up Cape Counseling Services of SW/FL, Inc. where she was the director for over 25 years. She worked with persons going through various losses in their life cycle.

In 1984 she received my Ph.D. in Loss and Change specific to Death and Grief and continue to work in the capacity of Mental Health Counselor in Florida from Nov to April and as a nurse in a psychiatric hospital in South Carolina from April to November.

She later retired and worked to create a refuge for persons going through various life transitions on her farm in South Carolina. She saw herself working as a bridge between those individuals locked in the cycle of attachment to material things and the concept of “power over” and those who have an awareness that peace on this planet is attainable. She left the planet peacefully in 2012 while at home with her best friend, her German shepherd, Spirit.

“I believe that the International Institute for Global Leadership is a very powerful instrument in this quest and I would like to be a part of it in any way possible.” 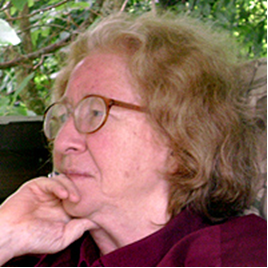 Gillian Kean was an East Ender who became a citizen of the world. A multifaceted iconoclast, she recognized no boundaries often Gillian. questioning conventional thought and behavior. She died unexpectedly on 21st August 2013 after being knocked down at Luton Airport on her return from a peace mission in the Middle East. The following morning she was due to fly to Bulgaria to investigate an alternative treatment for cancer.

Over the last twenty five years Gillian travelled the world tirelessly connecting with people on the cutting edge of new thought and ideas and encouraging individuals in their endeavors. Since her death letters and emails of appreciation have poured in from around the world. This rich tapestry of extraordinary people, are Gillian’s legacy to Anabel and Janie, her partners in Hazelwood, the estate in South Devon, that has welcomed thousands of people over the last 25 years.

Gillian loved Hazelwood. It expresses so much of what she believed and like her it is multi-faceted; hosting art, music, gatherings of all description and welcoming survivors of torture, children from Chernobyl and refugees from Bosnia, Armenia and Chechyna, all the while running as a small hotel and venue for weddings and private parties.

When Gillian and Anabel first came across Hazelwood in 1988, the 67 acres of wild river valley was in danger of being split up into 23 different lots. Originally they came to look at the boathouse, then Anabel heard Gillian asking the estate agent how much he wanted for the whole estate. The answer was £1,250,000. Her next question was “Do you know anyone who would lend me that sort of the money?” Amazingly he said: “As a matter of fact I do.” A chain of events followed that defies all rational thinking and within three months Hazelwood was handed into their care.

Gillian did not believe in personal ownership. A number of other places had already fallen into their hands and the Dandelion Trust was being formed with the intention of putting these properties into it. However the Charity Commission refused the aim ‘to foster peace and international understanding’, saying it was political and this alerted Gillian to the need to have places free from restriction.

Shortly after Hazelwood became deeply involved in the Bosnian Peace Initiative Through Heart to Peace, started in 1993 by two women, Ema Miocinovic of Croatia and Emsuda Mujagic from Bosnia. When asked if Through Heart to Peace takes sides, Gillian replied, “Yes. It takes the side of all people who, against great odds, wish to live together in harmony with one another regardless of race, color or creed. It supports all those who value tolerance, enjoy diversity and wish for peace. It would wish to support all that is Truly Human in all of us.”

Throughout the Bosnian war she led groups of intrepid individuals into such places as Sarajevo under siege. When the press asked “Why have you come” she replied: “For friendship’s sake and I hear that the beer is good.”

Gillian’s life was one long treasure hunt from her early days as an antique dealer, trading in a Mayfair Emporium. In later years she would say of herself: “I have always been a treasure hunter but now I am seeking a different sort of treasure.” She lived life with a passion and life always took care of her because she was prepared to lose everything. 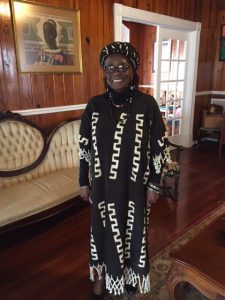 At the age of 87, teacher and activist, Corine Varn Wilson, passed away on November 29, 2017. May her belief in the power of the spoken word live on! Corine was one of the 9 Advisory IIGL Council Members and our first IIGL Board President. She was also a long time IIGL mentor, contributor and friend. Corine shared, “I see the IIGL as a means of sharing my expertise and leadership on an international level while continuing to expand my own cultural and love of diversity.”

Corine also stated, “We need to tell our stories. It’s what strengthens us in our challenges and unites us in our triumphs. It’s not about color. It’s not about gender. It’s about the human experience.” Corine believed in the value of connecting through story. She saw the wide-eyed wonder in children and the tears well up in the white haired ones. She believed that by telling our experiences, we share in the truth. We offer hope and purpose to all who gather to listen.

Despite growing up poor in segregated Oviedo, FL, she cherished her memories of a joyful and free spirited childhood. It wasn’t until moving to New York in the early 1950’s that she encountered Jim Crow head on. She pursued her love of education and teaching earning a Masters degree in Educational Administration all the while facing racial challenges in the work environment.

In 1985, Corine returned to Central Florida where she continued her teaching and community outreach. In 1990, she founded “I’m Somebody … Making a Difference;” a grass roots educational program for at-risk youth. At the same time, her interest in spirituality, metaphysics and alternative health blossomed. She studied under such esteemed health pioneers as Dr. Bernard Jensen and received certificates in diverse modalities including Iridology and Spiritual Healing.

A love of exploration and adventure took Corine to the four corners of the world including Mexico, the Caribbean Islands, Africa, Egypt, India, Vietnam, South America and China. Her work as a keynote speaker on leadership topics has also taken her around the continent.

Corine reflected on her 87th Birthday, “I’ve always had a wild spirit. And a thirst for learning. Even though my body may be moving slower, what matters is that I can still make a difference.”

Thank you Corine for being part of the IIGL family and sharing your iridescent essence with us through the years!