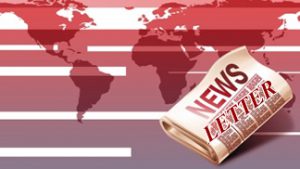 The Secret of Happiness

I have spent countless hours sitting with others in their own pain, offering what little Guidance I had to give. From all of this I have gleaned perhaps an ounce of wisdom, and if not true wisdom, at least some understanding. The result has been that I have reached a few conclusions that, for the moment, seem to be true and satisfy me.

The secret of happiness has always been the holy grail of human pursuit. Perhaps that secret is different for each person. In my younger years I believed it was the attainment of goals – very often material ones – that would lead to happiness. But as I dutifully attained each of these goals I realized that they brought only a moment of satisfaction but no lasting happiness. Finally I came to realize that my true source of happiness was Gratitude and Generosity.

I have heard it said that studies have shown that pessimists are more realistic but optimists live longer and happier lives. At this stage in my life I can say that I am indeed happy. Yes, I still have worldly cares and challenges but I have found over the years, truth in the saying that in every seeming adversity is the seed of an equal or greater benefit.

And in spite of any momentary unpleasantness or sense of loss, I have always found a gift; something to be grateful for. And not only this, but the simple habit of Gratitude – for even the simplest of things – creates a personal frequency of joy that builds upon itself and is self-perpetuating. Deep appreciation and gratitude have become the cornerstone of my joy.

A natural product of that Gratitude is Generosity. Living in a state of natural gratitude & deep appreciation for all that is spontaneously opens the heart. As fear, anger, disappointment and hurt melt in the sunshine of Gratitude, the heart smiles and opens to a state of grace and giving. There is a deep desire and joy that comes from giving to others from the bounty of one’s own life; whether it is money, love, possessions or simply good vibes, and the more one gives in the spirit of grace, the greater the joy and happiness. And since life is a two way street and “what goes around, comes around” that bounty returns in many forms and usually in greater measure. This is the second cornerstone of my joy.

What Others Are Saying

I began funding IIGL at its inception in 2003 and have been involved with this extraordinary organization ever since as a Board member and/or officer. As a result of the foregoing, have been privy to the various projects initiated by students manifesting their leadership abilities and fund several such projects in Africa. In addition, have developed several personal relationships with students which have facilitated assistance to the Nepali earthquake victims and, presently, to the potential asylum of a student who had to escape his home country. IIGL truly gives meaning to the realization of brotherhood and is a step toward recognition of the One Humanity.

What Our Students Are Reading

The Power of Awareness By: Neville Lancelot Goddard $7.95

Neville Lancelot Goddard was born in Barbados in 1905. He came to the United States to study drama at the age of seventeen and whilst touring with his dance company in England he developed an interest in metaphysics after striking up a conversation with a Scotsman. The Scotsman lent him a series of books on the powers of the mind. On his return he gave up the entertainment industry to devote his full attention to the study of spiritual and mystical matters. After traveling extensively throughout the United States, Neville eventually made his home in Los Angeles where, in the 1950s, he gave a series of talks on television and radio, and for many years lectured regularly to capacity audiences. In the 1960s and early 1970s, he confined most of his lectures to Los Angeles, New York, and San Francisco. In his early lectures and books, Neville dealt solely with what he called The Law, the technique of creating one’s physical reality through imagining. It is this portion of his expression that most closely accords with the teachings of the New Thought movement. In 1959 he began to experience what he called The Promise. In the latter part of the 1960s and early 1970s Neville gave more emphasis to The Promise than to The Law. One could use imaginal power to change one’s circumstances, he said, but it would be temporary, “…and will vanish like smoke.” He went on to explain that The Promise superseded The Law, claiming “Oh, you can use it [The Law] to make a fortune, to become known in the world, all these things are done, but, your true purpose here is to fulfill Scripture.” After subordinating The Law to The Promise, he became as eager to hear accounts by those who had experienced The Promise, and sharing such accounts, as he had earlier of those with The Law. The Power of Awareness attempts to demonstrate how to use our mind to realize our wishes. As such, it is an important part of the larger New Thought Movement, in which Neville holds a prominent place. Reprint of 1952 first edition.

Last year, Springboard said “no longer would our farmers engage their children in child labor.” Founder and IIGL Graduate Afere Lawrence ( lawrence2012@iiseconnect.org) stated, “Four months ago, we began to construct a befitting school for the children of our farmers. Construction has reached over 80% and we now have the first set of our students. Classes have started, farmers are happy and the entire over 20 communities are grateful! In September 2017, Secondary School will also be added. We are immensely grateful to our donors.” IIGL congratulates Springboard on it’s vision and implementation to continually expand its horizons!

Playing For Change is a movement created to inspire and connect the world through music. The idea for this project came from a common belief that music has the power to break down boundaries and overcome distances between people. Playing For Change was born in 2002 as a shared vision between co-founders, Mark Johnson and Whitney Kroenke, to hit the streets of America with a mobile recording studio and cameras in search of inspiration and the heartbeat of the people. This musical journey resulted in the award-winning documentary, “A Cinematic Discovery of Street Musicians.”

In 2005, Mark Johnson was walking in Santa Monica, California, when he heard the voice of Roger Ridley singing “Stand By Me”. Roger had so much soul and conviction in his voice, and Mark approached him about performing “Stand By Me” as a Song Around the World. Roger agreed, and when Mark returned with recording equipment and cameras he asked Roger, “With a voice like yours, why are you singing on the streets?” Roger replied, “Man I’m in the Joy business, I come out to be with the people.” Ever since that day the Playing For Change crew has traveled the world recording and filming musicians, creating Songs Around the World, and building a global family

Creating Songs Around the World inspired us to unite many of the greatest musicians we met throughout our journey in the creation of the Playing For Change Band. These musicians come from many different countries and cultures, but through music they speak the same language. Songs Around The World The PFC Band is now touring the world and spreading the message of love and hope to audiences everywhere. The true measure of any movement is what it gives back to the people. We therefore created the Playing For Change Foundation,a separate 501(c)3 nonprofit organization dedicated to building music and art schools for children around the world, and creating hope and inspiration for the future of our planet.

No matter who you are or where you come from, we are all united through music.

Register for the IIGL/ICLDNG 2017 Annual Conference in Lagos

Registration has begun for the IIGL/ICLDNG 2017 Annual Conference in Lagos Nigeria 12th-14th May, 2017in Lagos Nigeria! We have a great line-up of five accomplished and inspiring presenters. We have 2 special prize opportunities which are:
1. Early Registration Prize Drawing!! The first 20 people who register (with payment) for the conference will be entered into a drawing to win a boxed set of “The 7 Habits Mastery Series, by Steven Covey”audio cds containing: The 7 Habits of Highlyw Successful People; Focus; How to Developw & Use a Personal Mission Statement
The 4 Disciplines of Execution. This special edition set is worth over $100! Register now to be included in the drawing!
2. More than 10 door prizes, each with a retail value of over $20!!
Conference participants will have the opportunity to win one of at least 10 door prizes, including many leadership and personal/professional audio books & dvds by Steven Covey and others!
This amazing conference is your opportunity to:
Receive 6+ hours of leadership training with a certificate of completion
Engage in our interactive conference sessions, build collaboration, teamwork and trust
Learn from challenges and success stories from IIGL students andw identify your own leadership strengths and areas to improve
Hear from, and be inspired by, global thought leaders
Network with students, graduatesw and speakers
Be a part of a wonderful educational and fun event!
Register for the conference by 20th March to ease the planning process.

If you have any questions or need a registration form contact

We had no new students this month.

We had 5 students from 4 countries complete a total of 6 books in February. These students were from Liberia, Nigeria, Rwanda and Uganda.

* Success through a Positive Mental Attitude

* Success through a Positive Mental Attitude

* The 7 Habits of Highly Effective People

* This Child will be Great

You Make It Possible

We extend a special thanks to the following individuals and/or organizations who contributed to IIGL last month. Your ongoing support makes this work possible.

Please join Dream Team 22 as our goal is to have 220 people contributing $22 per month. We understand that money is energy and that to sustain and build IIGL we need a lot of people pouring their energy into this endeavor on a regular basis. We also know that not everyone can afford to commit $22 a month – especially our students, who live in countries with economies in which this amount can be equal to a weeks’ salary. So we are offering two options for those who wish to become a part of the Dream Team. One can commit to a $22 a month contribution or to spending 22 seconds each day holding the vision of IIGL becoming financially sustainable by the end of 2016.

Will you join the Dream Team and help us create an energetic foundation to support the transformational work of IIGL? You can really make a difference in the world by making a modest contribution of time or money. To make the $22 a month commitment or a one time donation, click the link below. To become a member of the Dream Team 22 by committing 22 second a day to help us hold the vision, contact Deb for details: drosen2@wi.rr.com

Checks on US banks, payable to the International Institute For Global Leadership, can be mailed to IIGL, 11537 N. Lake Shore Drive, Mequon, WI 53092 USA. Contributions may also be made by credit card by clicking the link below. Contributions are tax deductible under the 501 (c) 3 tax code of the United States Internal Revenue Service.

To Contribute By Paypal, go to www.paypal.com and make donation to iigl.globalleadership@gmail.com