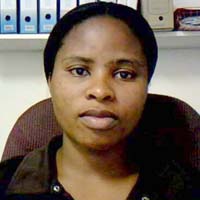 A world that works for everyone is one that accommodates, appreciates and empowers everyone regardless of one’s background and status. I am dreaming of a world that offers equal opportunities to everyone and for everyone to fulfill their dreams. I am looking at world that is free form terms such as ‘The less privileged/underprivileged’. If everyone is empowered and appreciated then such terms will not exist. After I completed my Advanced level upon collection of results and recommendation letter to the university, the Headmistress asked me of my father’s occupation and I said ‘he is a peasant farmer’ and mother is deceased. I had passed very well than the rest who had come to collect results that day but she immediately stopped smiling at me and everything that followed was rude. I was surprised to see her smiling at one girl whose father she said was an accountant though she had scored fewer points. That is the world we live in today but I am saying let us appreciate everyone regardless of who they are.

There are quite a number which I may just list below
* Diseases especially AIDS, this has become a menace to all from world leaders to laymen. It has become the major cause death, general lack of productivity, orphaned children in the world, largely in the developing world. There is increased immortality and there are increasing numbers of orphans.
* Financial Instability, there world is in financial woes. Decline in value in most currencies the great one being that of the falling US$ in the recent past and the rising of oil prices at world markets
* Poor Governance
* Conflicts leading to wars (civil and international wars).
* Corruption, unequal access to resources.
* Pollution, there are increasing levels of air, water and pollution everywhere.
* Natural Disasters such as cyclones (floods), volcanic eruptions, earthquakes and increased mortality rates.
* Loss of biodiversity, there are several species that are endangered in different parts of the world

Solving these problems requires a world with one ultimate vision, goal/objectives. It’s very normal for countries to have differing policies, visions and goals but if the ultimate goal is driven from a single body problems might be fewer. That discrepancy between the developing and the developed world has so much negative influence in the progress of the world. The Developing world seems to get more and poorer as the ‘Developed world seemingly gets more developed. This has led to serious migration and fusion of corrupt ideas in the world. The world need to be one united front and fight the problems with an equally capacitated thought. People in one country are trying to fight diseases their own best way and little or no information is transferred to the other nations, only that which is ‘cheap’ information is transferred.

There is great need for people to be empowered in thought and in action in order to be responsible and accountable individuals towards the great achievement of one vision of the world. Everyone is looking for proper shelter, food, salaries, health and educational facilities among others, people who are empowered in thought think of the next person’s needs. This is the world that can be created if greedy is stemmed out of our lives.

Profile
I am a 25 aged married woman and a born again Christian. I have completed a Bsc Honors degree in Environmental Studies and currently am studying towards an Executive Certificate in HIV/AIDS Strategic Project Management and a Certificate in Monitoring and Evaluation with the University of Zimbabwe. I am carrying out a review of HIV/AIDS workplace policy for a particular company in Zimbabwe.

I enjoy watching sports like cricket and soccer but one of my major weaknesses is that I get too emotional and I hate loosing. I normally do not finish watching whenever I perceive a defeat of the team I support. I usually sympathize with losing teams considering time and effort they would have put in planning and practice.

Apart from watching sport I love nature, everything that forms part of nature in its balanced state gives me joy. Sightseeing is one of my favorite activities that can occupy much of my recreational time. It is really refreshing watching every form of life and non living forms in their natural state. It is just amazing watching a waterfall, a thick forest, a variety creeping creatures. In Zimbabwe we have such places as the Inyanga, Victoria Falls among others. However am yet to get to most of the places.

I do not have a wide readership but I like motivational books, after reading a book entitled Purpose Driven Life by Rick Warren I discovered I needed to get more of such books that may help me fulfill my purpose on earth. I am a very fast reader and I easily grasp concepts, which have been one of my major strengths throughout my educational life. Television is not my favorite source of entertainment, I would rather spend the whole day surfing the internet. The major advantage being that you can communicate through the internet, it offers two way communications. I want to be heard and I prefer being responded to.

My family is one typical of most old African families, we are 13 in my family and I am the 12th, there are 6 boys and 7 girls. My father is in his late 80s and he is a treasure to the family. My mother died when I was 8 so I grew up as a part orphan you know how influential mothers are. I do not want to talk much about my background all I want is to change lives through my testimony. I have a dream that one day I will be able to help those in such situations. There is a lot of under consideration of the needs of orphans in the world today. They need more than just food, shelter, and love. Orphans need great empowerment and motivation for them to be who they were made to be. The world today does not consider orphans in all areas of life. It hurts me every time I think how such people are surviving. There is always something missing for an orphan.

I am always thankful to the people who took care of me to where I am today but I fill I have not yet started pursuing my dream and sometimes the task looks so enormous because right now I do not have what it takes to be such a champion. However I feel one day I will be able to fulfill my dreams. It takes a champion, a leader to effect any form of change. It is my wish that one day I will make someone smile from the heart. However a lot of personality and character development has to take place in my life allow me to admit that in this profile.

I was never much of a leader in my life partly because I was never confident with myself and that could even be noticed from the way a walk and handle things. I started taking leadership positions when I was at the University but I was not a champion. I was a treasurer for University Geography and Environmental Society club and a Secretary for my Church group on Campus. However that is when I realized I could make things happen in life.