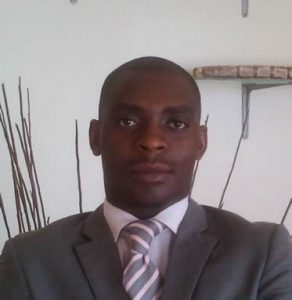 My Vision for the world

I envision a world that everyone cares not only about themselves but also about their neighbours, their country mates, their regional mates, their continent mates and their world mates. A world where its inhabitant are not judged by their colour, their race, their gender, their age, their sexual orientation, their religion, their nationality, their resource endowment, etc, but a world where people are judged by the contributions that they make to make the world a better place. A world where people have equal opportunities and are free to express themselves without fear of reprisal and persecution! A world where those in leadership positions are at the forefront of seeking solutions to world problems rather than engage in primitive accumulation of wealth at the expense of the weak and the poor. A world where self-respect and respect of human rights are the order of the day, where those leaders do not persecute their opponent, and where the strong nations do not bully the weak ones. A world that is free of diseases, wars, terrorism, poverty, corruption, and other social ills.

I believe there are countless problems facing the world. This ranges from social issues like racial discrimination, sexism, discrimination according to sexual orientation, poverty, crime and corruption, diseases (HIV and AIDS, Cancer, Malaria, Cholera, etc), and child mortality, to political problems like dictatorship, wars and conflicts, political intolerance, persecutions and oppression, and terrorism, to environmental issues, like pollution, global warming, to issues which human beings have little control over but have a big bearing on human safety like natural dictator (earth quakes, cyclones, volcano eruptions), to issues facing the young people like substance abuse, underage sex and pregnancies, child abuse, youth unemployment, lack of access to education, to organised crimes like drug trafficking, human trafficking, forced prostitution, etc. These I believe among many more, are the major problems facing the world.

How can these problems be solved?

The first issue is to realise that each of these problems does not exist in isolation, but the problems are closely intertwined. Consequently most of these problems call for extensive and sychronised solutions. One way of doing this is raising awareness through developing training and education programs that train leaders who share a vision to eradicate these problems. Once these leaders are trained, they can now spread the gospel to the world through forming their own mini-training organisations, within their continents, regions, countries, communities, etc. This is why I admire the work that IIGL and other organisations are doing. Apart from leadership training, there is need for the world to share information through community social groups and communication technology e.g. social networking. No one doubts the power of social networks as facebook, twitter and technological equipments like cellular phones since they brought down long-serving dictators during the so-called Arab revolution. Furthermore, solutions to the problems need the involvement of community leaders and the community at large. For instance, to counter issues like corruption, political persecution, and human rights abuses, there is need to educate the community about their rights and what corruption by government officials means to their welfare. Some problems need intervention at world stage. For instance wars, terrorism, and conflicts can be minimised if the international organisations like the UN are reformed and given more power so that that respond to crisis swiftly, and without fear and favour.

I am seventh born in a family of nine. Born to a small village near Mutoko Growth Point in Zimbabwe, I spent most of my childhood and teenage life there. I then moved to Harare where I enrolled at Ellis Robins High for my Advanced Level.

In 2002, I enrolled for a Bachelor of Commerce majoring in Economics and Accounting. I worked very hard and performed very well. I was the best first year student in Statistics and Economics. I was also the best second year student in Economics, and the best third year student in Financial Management. I graduated with Distinction. In 2005 I was awarded the Honours Mellon Foundation Scholarship by Rhodes University in South Africa. I studied an Honours Degree majoring in Economics. My thesis at Honours focussed in Banking Crises and Demand for Money in Zimbabwe. I graduated with Distinction and Academic Colours. Having done well at Honours, Rhodes University awarded me the Postgraduate Award and the Masters Mellon Foundation Scholarship in 2006. I studied Masters of Commerce majoring in Financial Markets. My thesis focussed on Global linkages of stock markets its implications on the spread of financial crises and financial stability. I graduated with Distinction.

In May 2010, I was awarded a Business Scholarship at Queensland University of Technology (QUT) in Australia and I am currently enrolled for a PhD. Having made satisfactory progress with the PhD to date I have also been recently awarded the International Postgraduate Research Scholarship. I hope to finish the PhD by March 2013. My thesis focuses on Adoption of costly technology under uncertainty in financially underdeveloped economies and how this affects economic development and inequality.

Most of my work has been around teaching, mentoring and research. I worked as an O’Level Mathematics teacher in 2001-2002 before starting Varsity. Throughout my university life I was a tutor. Having been one of the best students in Statistics and Economics, I used to give free tutorial to other students during evenings and weekends. During my third year in 2004, I was formally appointed an Economics Tutor at Fort Hare University. In 2005 at Rhodes University, I was also appointed an Economics tutor. When I was doing my Masters, 2006-2007, I worked as tutor for various courses including, Macroeconomics at 2nd year level, Microeconomics 2nd year level, Econometrics at 3rd year and 4th year level, Financial Econometrics at Masters level, Banking and International Finance at 3rd year level. In 2007, I was also appointed a Tutor coordinator for Economics. In 2007 i also worked as a research assistant. After finishing Masters at Rhodes University, my passion was working in the South African Financial Sector, but opportunities were quite limited for foreign student. Consequently, in 2008 I was employed as a Lecturer at Rhodes University. In 2008 and 2009 I lectured Econometrics and Banking and International Finance at 3rd year levels. In 2010, I lectured 3rd year Econometrics and Masters Level Financial Econometrics. I was also involved in supervising honours and Masters students. Here at QUT I am also a teaching and research assistant.

As a tutor and lecturer, I was involved in mentoring and supervision of students, teaching them how to succeed through hard work and teamwork. More specifically, I successfully supervised 6 honours level students and seven Masters Students. The topics I supervised include areas as Bank concentration and monetary policy in Africa, Central Bank independence and financial stability, linkages between the macroeconomy and the financial markets, Risk-return tradeoff on the South African (SA) stock market, Long term and volatility linkages among African stock markets, Volatility spillovers in among SA financial markets, Financial reforms and Economic growth in South Africa, Interdependence between the SA’s Monetary Policy and the Stock Market, Day-of-the-weak effect on the SA stock market, Spill over of the US financial crisis to developing countries, Diversification prospects on the SA stock markets. I was also indirectly involved in assisting students and researchers on projects like Efficiency of the Zimbabwean stock market, Implementation of the Basel accord in the SA banking sector, Spill over of financial stress during crises.

I have been involved in various community projects throughout life. From 1996 to 2000 I volunteered at a local hospital in my community, Louisa Guidotti Hospital in Mutoko Zimbabwe in activities as cleaning, updating the hospital’s records for the number of patients, and helping the laboratory technician. At Rhodes University, I was involved with the Centre for Social Development as a volunteer in projects as coming up with interesting activities for pre-school children, teaching previously advantaged communities how to use computers, cleaning at old people’s homes, helping at community libraries. I was also involved with SIFE Rhodes. Here we initiated programs meant to help poor communities how to start and manage their own enterprises for instance teaching financial literacy, how to prepare business plans, how to start compost farming projects and firewood projects, how to participate in sustainable environmental conservation. Between 2008 and 2010, when I was lecturing at Rhodes I volunteered an Advisor to SIFE Rhodes.

My ultimate objective is to start an non-governmental organisation that is aimed at reducing poverty among rural communities. I intent to mentor young rural people how they can take advantage of opportunities available to them. I also intend to raise awareness to the world about the potential leaders that are in rural areas and see how they can be used to eradicate poverty and diseases in rural communities.

In leadership I was involved as the deputy finance officer of the Economic Science Society at University of Fort Hare. At Rhodes University I was the Representative of the Faculty of Commerce in the Postgraduate Committee. Here I was responsible for taking a leading role in liaising with postgraduates from my Faculty and taking their grievances to the Committee. I was also responsible for attending the University’s Board of Faculty meetings, where I would raise issues facing the postgraduate students. I was required to give timely feedback to the students on issues discussed in the Liaison and Board of Faculty meetings. I was also a Tutor coordinator at Rhodes University.

I have published a number of papers in international peer reviewed journals on issues as Long term linkages of global stock markets, volatility spill over among world stock markets, macroeconomic uncertainty and financial stability, risk-return trade off in stock markets, bank concentration and monetary policy

I enjoy reading, travelling and playing sports. I involved in soccer and body-building. I enjoy reading news. In fact my everyday life starts with reading the news headlines around the world, be it political, sports, environments, business, etc. I also enjoy listening to inspirational speeches.