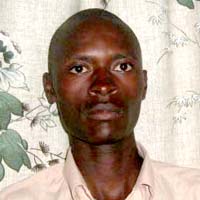 GOOD LEADERSHIP: Leadership is the key component which transforms or destroys the world .The world that is lead by well trained leaders is the one which is works for everyone .Peace, justice, love and understanding can all be expressed through good leadership. Democracy and protection of human rights, all come after good leadership.

HUNGER Most African countries we have a problem of being pressed with hunger. This emanated from drought(s), war well as little capital and farming resources.

CORRUPTION This is prominent to the most leaders dominantly politics. Development is diverted for personal gain by leaders in politics.

NATURAL DISASTERS Volcanic eruption such as in the Java island claimed many lives. Tropical cyclones in Mozambique and the tsunami disasters in the Asian continent are amongst the pressing problems which are affecting the people of the world.

DISEASES Malaria, TB, HIV AND AIDS are the diseases which are among the serious ones which are seriously affecting the people and causing deaths.

UNITY LOSS There is no unity among president of the same continent, by so doing there is no collaboration which encourage the coming together and discuss the problems affecting the ordinary people. This means the people who suffer will continue to suffer.

RACIAL DESCRIMINATION Discriminating each other in terms of race, gender, sex or religion are other problems which are faced by the world today .For example S Africa before 1994 has been dominated with racial discrimination, on religion some religions do not believe in God For example Rasta Farian believe in their god as JAH, the Muslims belief in their god as ALLAH through prophet Mohammad. The world is therefore pressed with the problem of facing persecution from different people of different religions.

GLOBALISATON
All the people of the world should come together as one and share everything in common with everyone regardless or race or gender. Technological materials should be made pressing towards not planning to kill each other. in this case the world should come together and realise that difference occur everywhere so there is need to collaborate and be one people with one love.

UNITY
uniting as one people is the key elements for development. Most governments and states collapse mainly because of the lack of unity. The public relations perception believes that the organisation and the public should be one such that there is reciprocal communication between the public and the organisation. This would be done to increase production and avoid clashes with the organisation. The very thing should be taken as a solution to the problems pressing the world the globe today

PEACE AND JUSTICE
Harmony should prevail in the whole world. Fighhting, war and quarrels should be eliminated through justice and the laws that should be put in place to protect the whole people on the globe.

EQUALITY
There should be equal treatment of all the people between the women the child the orphans with the strong and the men. This is to say an orphan should be exposed to a good education system as the child who has all the parents.

Profile
My name is Simbarashe Mudhokwani born in a family of three. Out of the three there are two girls and one boy. The only boy is me and my second sister is now married and had been blessed with two twin brothers. The youngest sister is getting into grade five.

We grew up in the rural area called Mhondoro Ngezi which is located in the Mashonaland West province in Zimbabwe. the unfortunate and unforgettable event was the death of my mother on the 07 February 2006 and this marks the seperation of togetherness of our family. However we love each other and we unite in everything that we do and become one.

Currently l am doing BA African languages and culture Honors Degree at Midlands State University here in Zimbabwe and I am finishing on 31 July 2009. At the moment (l am in my third year). The program encompasses four main dimensions which are Literature, Languages, Culture and Communication. It is through this course which facilited me to get into an NGO CFoZT as an intern under the programmes department. The organisation in the year 2007 had one hundred and forty projects which it funded in a zeal to promote arts and culture in Zimbabwe. Currently l am one of the monitors of the organisation. l have been around the country’s ten provinces monitoring artists and assisting in data collection, evaluating, commenting and suggesting on the works the artists.

I have been the secretary general for the culture society at Midlands State University in Zimbabwe.2005-2006 l was a student representative member of the department of African Languages and Culture.

l hope to mold my degree programme such that it enters into the first class. ln my life l dream to became a good leader & a successful business person. If opportunity allows l liked assisting the disadvantaged, meaning the poor, the blind, the widows and the orphans.

I am gratified in learning the cultures of different people and different countries and states. Researching and traveling into the areas outside my communities. Knowing the histories and development of most governments of the world. To know the development of certain phenomenons, for example to know the way in which theatre come to development and how it has changed from the greek speaking origins, the changes that it passed through up until it reached to this date. Knowing the survival means of creatures and animals in their natural environments,.for example to know on the communication ways of the birds. The culture of communication which exist in the communies of monkeys. The ways ants extract and share their food. All these are some of my personal intests.

I enjoy reading books that reveal people’s cultures and those that convey real life experiences of the people. The social setup up of communities can not be well understood and observed unless if one reads the books which are written by people who have history and experience with their communities, so visiting literary shrines reveals leadership and oppression of the people, so l enjoy reading the books written by patriots and liberalists ,for example those from Ngugi Wathiongo and Chinia Achebe if it is from an African set up. On other books and subjects l find myself comfortable and happy in reading Geography and other related material. More so philosophical material I enjoy reading it.

In traveling for the rest of my life l have been in my own country only but however i have a zeal to travel to different nations. Within Zimbabwe l have managed to travel and know almost 3/4 of the whole country. But my dream coutry is Netherlands, Denmark or Sweden l just liked going to these places but i have no reason why l want to go there