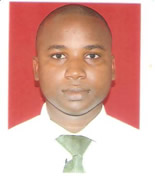 My vision of the perfect or ideal world is the world where all humans have equal rights, with just laws that promote human rights and are given the platform to contribute meaningfully to society. I believe that if all men work together to promote fundamental freedoms and knowledge; the world will be a better place to live. International peace is what is needed to make this world also a worthwhile living: a world devoid of civil wars and world wars where people can live to their fullest within the confines of the rule of law where the law is just and promotes human right. Moreover, opportunities like the one being provided by IIGL also adds to an ideal world where people can have access to knowledge regardless of their financial status or cultural orientation.

The most pressing problems facing the world today, has to do with poverty, injustice, intolerance, hunger and economic inequality. In development, there is a school of thought that believes that poverty in the developing world is as a result of economic exploitation from the developed world. This conception is known as the dependency school of thought. There is also the Marxist school that believes in the doctrines of Karl Marx. Regardless of all these theories, poverty can be seen from an analytical perspective to be the product of lack of leadership. There is no way that Africa with all its natural resources will have to experience poverty unless its leaders are not strategizing well and are neglecting the concept of good governance which includes the rule of law and accountability . Issues of human right abuses has also been at the for front of world affairs with countries like China, Russia, Nigeria, Saudi Arabia etc having issues with human rights. If humanity doesn’t come to a common conclusion on what it takes to be human, then it will be difficult to get a level playing field since factors like religion and cultural orientations will have to come in the debate. The essence of human rights is that it is the bedrock on which fair laws can be made.

Economic inequality is also another major issue that affects the world where developing nations like Ghana are not given the level playing field on the international market to compete effectively for their goods and services. This is as a result of huge subsidies given to farmers in the developed countries like the U.S.A, U.K. and France etc which makes them more competitive than their counterparts in the developing nation.

There are many ways by which poverty in the world can be reduced. These measures include education, self empowerment, strong institutional checks and balances, transparency and accountability with good leadership. Poverty can also be eliminated in the world when people or countries are empowered to focus on rural developments with a strong institutional guidance which adheres to the principle of good governance and accountability. The focus in fighting poverty should been centered on job creation and entrepreneurship. Rural communities where poverty is more visible should be trained and equipped with good farming practices in tandem with good storage or preservation methods. Example of such good farming methods can be the use of the drip system of watering crops over the flood system where precious water resource is wasted on few crops. Farmers in Niger, India and other countries with scarce water resources can be trained to adopt this method. Also, fertilizers can be given to these farmers to boost their crop production.

Issues of economic inequality can also be resolved when developed nations provide equal assistance to farmers in developing countries to improve on their yields and become competitive in the international market. Also, local patronage of local goods and the strengthening of inter-regional trade will go a long way to promote economic equality where there will be less dependence on the world market. Furthermore, entrepreneurship should be given a major drive in developing countries to reduce the over reliance on white color jobs.

Samuel Kobina Amissah Jnr is my name. Samuel is my Christian name, Kobina is my birthday name and Amissah is my family name. I am a Ghanaian and have lived all of my life in Ghana. I was born on the 12th of April, 1984 to Mr. Samuel K. Amissah Snr and Madam Vincentia Antobam at Sekondi-Takoradi in the Western Region of Ghana. I reside in Poase New-Takoradi a suburb of Sekondi-Takoradi and a peri-urban fishing community. I am a Christian by birth and was confirmed as a Christian by the Methodist Church of Ghana in September 2009 on University of Cape Coast campus supervised by Reverend Ako-Boham.

I started my basic education at Methodist Kindergarten at Poase New-Takoradi and later moved to Young Christian Preparatory School where I completed my Basic Education Certificate Examination(BECE). I later moved on to Mfantsipim School in Cape Coast where I pursued Science as an elective course. From Mfantsipim, I progressed to the University of Cape Coast to pursue a Bachelor of Arts Degree majoring in Music. I later moved to the Takoradi Polytechnic to pursue an International Certificate in Logistics and Transport (CILT UK). From Takoradi Polytechnic, I moved on to the Ghana Institute of Freight Forwarders to pursue a Diploma in International Freight Forwarding. I am currently pursuing a Master of Philosophy in Peace and Development at the University of Cape Coast and in my second year; working on my thesis.

I started my career with Ray Ayerson & Co. Law chambers where I was serving as an office clerk and later moved to Solar Opticals to work with an Ophthalmologist as a sales man. After completing University and Takoradi Polytechnic respectively, I was employed by Fidelity Bank as a Sales Representative. Later on, I was employed by Rakes Company Limited, a renowned human resource company as their branch manager for Takoradi and Cape Coast where I am currently serving in that capacity.

My greatest passion is to see the world become a better place and it must begin with my community. It is based on this passion that I have been actively involved in community development projects. I am the past secretary of Poase New-Takoradi Students Union, a Community Based Organization (CBO), Current secretary of Human Kindness Foundation(CBO). I have been actively involved with Global Communities a Non-Governmental Organization( NGO) which is a subsidiary of USAID. I am currently a member of the Citizen’s Report Card Committee on Market and Security for the Sekondi-Takoradi metropolis, a project being supervised by Global Communities. The most interesting of these activities is the organization of a free performance for children of the Osu Children’s Home in collaboration with an American philanthropist named Eileen Schell. I also contested in the 2010 district assembly elections where I placed second and look forward to contesting in the upcoming 2014 district assembly elections. I believe in local governance and local participation in governance with the concept of decentralization at the heart.

I love knowledge and the search for knowledge pushes me to read wide. When it comes to the Arts, I am an eclectic admirer of all forms of arts from poetry to painting. My favorite books include “The Souls of Black Folks” by W.E,B. Du-Bois, “ Audacity of Hope” by President Barack Obama, “ The Trials of Brother Jeroboam” by Professor Wole Soyinka, “ Thus Spoke Zarathustra” by Frederich Nietzsche etc. I like epic movies like “Amistad” with Morgan Freeman, “Brave Heart” with Mel-Gibson, “ Saraphina” with Whoopi Goldberg etc. My search for knowledge of the Cosmos has led me into to develop the interest for Star Trek movies. I find local drama and particularly African drumming and dancing enjoyable. I have developed the taste for Traditional African Music like Mbira Dzavadzimu from Zimbabwe, Jazz and Western classical music with emphasis on Miles Davis, Bach and Beethoven.

Learning languages like French, Arabic and Chinese has been a long term yearning, even though I can speak basic French, I still long to be multi-lingual. This is my challenge and hoping that this challenge will propel me to learn more about other cultures. My dream in life is to lead my country and the world by following the footsteps of Osagyefo Kwame Nkrumah, Nelson Mandela, Patris Lumumba, Martin Luther King Jr. and others. My greatest dream is to see Africa become a haven of peace and a peaceful model to the rest of the world. I also hold the dream of experiencing an American education having an eye for the Woodrow Wilson School of Public and International Affairs, Princeton, New Jersey.