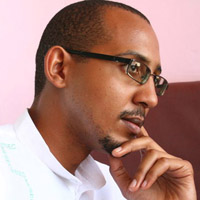 My vision is to see a world in which has reached prosperity, mutual understanding and peace through individuals realising their potential and unique contribution by living out their passions with an objective to better society.

To quote John C Maxwell “everything rests on leadership”. The society by its nature and being will always conceive and develop problems, hence than the important thing for every society is to have true leaders who can facilitate positive impact in society through individuals. By creating platforms to bring people together to solve problems that impact them. The world will always need leaders; leaders who can act immediately on problems and through people created solutions.

Being a motswana (Botswana citizen) I have seen what great leadership can do in times of great trouble and despair as well as in times of great opportunities. Botswana is a unique country which unlike most Africa countries has never experienced any form of war or conflict. And having travelled around Africa I have seen what bad leadership can do to a nation and severely affect its people.

By building positive leadership into young people, by creating open and free platforms where unique individuals can share, explore and develop solutions. The internet has demonstrated beyond a doubt the innate nature of people is towards one another. It has shown that people really do care. A classic example is an online social network that with the simple goal of giving affordable loans to poor people who do not have the necessary security to get loans.

Profile
Born on 23 February 1986 I grew up by the river in a village called Maun in the north-west district of Botswana. I lived in Maun up until I completed my high school. From there I moved to Gaborone in August 2004 in order to pursue a Bachelor’s degree in Business Administration specializing in Marketing at the University of Botswana. I graduated in October 2009 after 5 years.

Throughout my life I have always been active in youth-based programmes. In form two till three (grade 9 till 10) I joined a government initiative called PACT (Peer Approach Counselling Teens) a program which trains young students in areas of drugs, STDs, contraceptives e.t.c. in order for them to be able advise, counsel and assist other youth wisely on such issues. I started my senior school in 2002 at Maun Senior Secondary School where I was elected into the school counsel on day one. Later I was chosen as a senior perfect in 2003. At the same time I was elected as the tennis team captain and after completing high school became the team’s coach (2004) where I took the team to the National Finals for the second time in a row.

My leadership development continued at University where I joined AIESEC in 2005. I started off in Incoming Exchange portfolio but was shortly placed in the newly introduced African Young Entrepreneurs Project as a team leader. I later ran for Vice President Talent Management where I attended the African Exchange and Leadership Development Seminar (Afrox LDS) Executive Track in Johannesburg, South African. After being inspired from networking with youth from all over Africa I set my mandate to clean up my portfolio and grow AIESEC in Botswana. After doing a Talent Audit my first initiative was to expand to another University.

I ran the next year against a former team member for National President and won. Throughout my term AIESEC was very active and alive with various initiatives such as; the African YES project, a Fundraising Dinner where we managed to raise 520 Euros equivalent, an Anniversary Dinner to celebrate 15 years of AIESEC in Botswana and 60 years of AIESEC in the world and the biggest National Training and Motivational Seminar ever held with two Chairperson and more then 90 delegates attending all within my first 7 months of office. During my term I attended International Congress (IC) AIESEC’s biggest global annual conference in Sao Paulo Brazil in August 2008 as a delegate. In October I applied for Pioneers Conference in Nyanuki Kenya as a trainer and was accepted. It was my first time in East Africa. So far I have attended almost 24 conferences, out of which 13 I was a trainer/facilitator, 7 of which were international and one where I was the chairperson.

I am a determined, confident, innovative and intelligent young person with various experiences in team management, team leadership, coaching and training, organizational management and development. I am a Passionate Marketing Professional with experience in multi-media, brand development, brand management, product development and sales. I specialize in Business-to-Business Marketing and Relationship Marketing.

I am currently working as the Corporate Relations Manager for an international team that is organizing the biggest Leadership Youth conference; AIESEC International Congress 2011 to be held in Nairobi Kenya. I was also the Executive Assistant to the JCI 2010 World Executive Vice President for Africa and Middle East.

My dream is to start a company that would; 1) help support various NGOs and worthy causes in Africa and the developing world and 2) would help Africans gain a more positive imagine of themselves and their potential. I also dream about starting an NGO that develops high school to be globally-minded leaders.