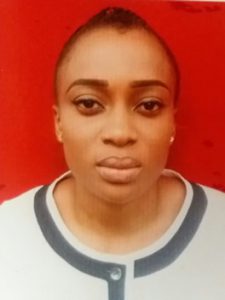 A world that works for everyone in my opinion is idealism. In biblical times, it was said ‘the poor you will always have with you’, and I am informed this is over 2000 years ago. True to this saying, the poor has always been with us, poverty is a major cause of diseases and diseases if unattended lead to death. Is the world then working for such a person? In economics, human wants are said to be insatiable, some people want happiness, others influence, others want wealth and some others power, can the world work for all these people at the same time?

I want to imagine a world that works for everyone, the needs of every person catered. That is like a communist world, which is the only system that can make the world work for everyone. Communism makes people lazy, if Mr. A is informed that he does not need to work so hard because Mr. B’s profit is going to be used for the benefit of all including Mr. A, the brain is not challenged to do better and be better.

The world can always be a better place, no violence, equal opportunities, no discrimination but it cannot work for everyone, everyone wants different things and everything. The presence of competition in the world gives man a purpose and purpose is what keeps us alive.

Climate Change: Science has informed us that the current warming trend is extremely likely to be the result of human activity since the mid 20th century and proceeding at a rate that is unprecedented over decades to millennia. The increased levels of greenhouse gases (include Nitrous oxide, Water vapour, Methane and Carbon dioxide) must cause the earth to warm in response. The effects of climate change amongst others are loss of sea ice, accelerated sea level rise, intense heat waves/ droughts and changes in precipitation patterns.

War/ Threats of War/Terrorism: Peace is a very expensive word in the world at the moment; countries are either at war, threats of war or terrorism.
The Libyan Civil War in 2011, fought between forces loyal to Colonel Muammar Gaddafi and those seeking to oust his government. It was ignited by protests in Benghazi beginning on Tuesday, 15 February 2011, which led to clashes with security forces that fired on the crowd. The protests escalated into a rebellion that spread across the country.Libya is still at war in 2017, this time is an ongoing conflict among rival groups seeking control of the territory of Libya. The conflict has been mostly between the government of the House of Representatives (HoR) elected democratically in 2014, and internationally recognized as the “Libyan government”; and the rival General National Congress(GNC) endorsed government.There has been war in Syria for six years, what started as a peaceful protest against Syria’s president, became a full scale war leaving over 300, 000 people dead and the war is still far from being over.
On threats of war, we have the North Korea and the United States, in the event of a war, Hawaii and other countries will be casualties.
In Nigeria there are a lot of terrorism groups, Boko Haram, Movement for the emancipation of the Niger Delta (MEND), and recently secession cries, leading to loss of lives and properties worth millions.

Climate Change: Reduction of activities that emit greenhouse gases. It has been suggested that people move closer to their place of employment to reduce transportation needs, reduce building activities, also the use of perfumes and there should be more of tree planting.

Wars are usually as a result of poverty, lack of proper education and a minority group feeling oppressed or in rare circumstances a game of pride. To solve these problems, governments of each country should not only be said to do, they should also be seen doing acts to unify their citizens especially countries divided along a plurality of ethnic and religious lines.
The provisions of basic infrastructural amenities for citizens, like housing, clean water, roads, ports, and employment. Government should also invest in citizens by providing quality education. Knowledge is a veritable tool for development. In conclusion, wars should be a last resort to any disagreement between countries or between the various ethnic groups in any given countries. The effects of the war most often than not outlive the number of years the war lasted and surpasses the reason for the war, it can be likened to killing an ant with a sledge hammer.

My name is Onyebuchi Evelyn Okonji. I am a corporate/commercial lawyer with special interest in taxation. In my practice my set goal is staying relevant and providing services of value. As a child, I always wanted to be a model or a FBI Agent, did not know how I planned to actualise that, I still fantasize about being a model, but it is fine I am a lawyer now.

Going forward, I want to be the most influential woman of my generation. We should always leave the world better than we met it, in Chinua Achebe words, “Every generation must recognize and embrace the task it is peculiarly designed by history and by providence to perform.” I am going to be a part of this task not a bystander. My role models are late Dora Akunyili, Adiche Chimamanda, Beyonce Knowles Carter and Ophrah Winfrey amongst other status quo challengers. Their lives are examples of why we should never feel disadvantaged and always remember in spite of the odds; we will always win as much as we want to. I think they are phenomenal; their work ethics makes laziness a sin.

At this point, the words of Adiche Chimamanda come to mind, “We all should be feminists.” A feminist is a person who believes in the social, economic and political equality of the sexes. I am not about the cold chill that is felt when we hear this words, indeed it is time for women to step on the pedestal and challenge tradition not by placards but being phenomenal and transforming the world.
My favourite movies are Three Idiots, Like Stars on Earth, We are Family, Winnie Mandela, Star Wars and Game of Thrones. My favorite books are Purple Hibiscus by Chimamanda Adiche, Things Fall Apart, There was a Country by Chinua Achebe, Stay with Me by Ayobami Adebayo’ amongst others.

I had more leadership experience in High school as opposed to my University days. In High School, I had the responsibility of being the deputy Head girl. I must admit the position shaped me; it was tasking, and thinking of it now, a lot of emotions involved. I was to lead a large number of girls, be a great example even after leaving the school. I never knew I wanted to still be a great example until I went to the University and had academic challenges and what kept me going through those hard indecisive times was the thought of I can’t be mediocre, I have to be a good example both in character and learning. In the University, I was the Head of the media team in church, I have a passion for creativity and designs. I have had the great opportunity of working with a Non Governmental Organisation, known as the Federacion Internacional de Abogadas (FIDA) meaning the International Federation of Women Lawyers. My brief experience with them was a tremendous improvement on my communication skill and most importantly an opportunity to serve. At FIDA our target audience were women and Children, we had outreaches, campaigns, seminars, creating awareness amongst the populace to shun violence in any form.