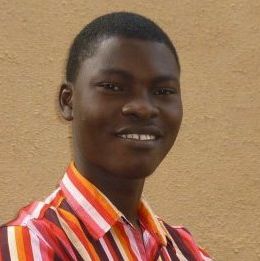 I desire to see a world where peace, love and harmony are the order of the day. A world where individual is seen as brothers and sisters regardless of colour, race, tribe, belief, culture and tradition. I believe so strongly that regardless of the crisis in the world, a world of peace and love is possible through knowledge and acceptance of the Lord Jesus Christ.

The problem facing the world is the man himself. There is passage in the Bible that says “The heart of man is deceitful above all things and desperately wicked, who can know it?” The heart of man is the seat of for every man’s action which means as man thinks in his heart, so he is. Everything seen on the outside are first conceived on the inside i.e. it must have been an idea from inside of someone before it become a reality. Therefore, no man can plant orange and expect to reap mango neither a man can sow evil an expect to reap good for whatsoever a man sows, that he shall reap. Apart from the matter of the heart which is the mother of all problems facing the world today are Religious Differences, Juvenile Delinquencies, Racism, Selfishness, Greed etc.

I believe the problem identified above can be best solved when people are fed with right information like a writer once said “what you don’t know may be killing you”. So many people in the world today misbehave because they don’t know the implication of what they are doing, some other people misbehave because they have been fed with wrong information, and while some people also misbehave as a result of the environment they grew up from. A writer said information is a combination of two words INFO + FORMATION which mean whatever a man allows into his heart whether consciously or unconsciously has the capacity to form him i.e. What is heard today determines tomorrow’s action. Therefore, with the right information been available to people around the world through unavoidable channels like Preaching (Church), Media Program (T.V, Radio), Social Networks (Twitter, Facebook, Netlog, Yahoo, Google etc), things will definitely change for good. It’s more reason I would love to be part of institute of global leadership program in order to acquire more rich knowledge that will be good both for and my generation at large.

I am Olukorede Emmanuel Prosper from Nigeria. I was born into the family of four children as the second child but first male child on 19th May, 1985 i.e. I have an elder sister, a younger sister and a younger brother. My father is a pastor in one of the Pentecostal churches in Nigeria and my mother is a civil servant with the federal government. I finished my Senior Secondary School Program in 2001 and had my first degree certificate in 2008 (in Political Science/Social Studies). I have been a leader in various capacities since my school days. I was the coordinator for my department in school, I was the president for my fellowship in school then later elected as the mission secretary for my region which means by implication I have eight (8) higher institutions to cover.

After my programme in school, I worked with Nigeria Fellowship of Evangelical Students (NIFES) as an Assistant Training Secretary from 2008 to 2010. I left for National Youth Service Corps (NYSC) on 7th March 2010 where I was appointed as the State General Secretary for all the corps members in the state in which my jurisdictions is to see to the welfare of the corps members, organized programmes, coordinate the affairs of the organization’s secretariat and any other responsibility as may be given by the president. I came back from NYSC on may 11th 2011 and since then I have been working with the same organization I worked for after my first degree programme i.e. NIFES as an Administrative Secretary.

My personal interest is to live in a world where peace and love will reigns. My watchword in life is LOVE. I believe every other thing in life may have been proven wrong but love has been found working anywhere in the world, anytime and under any condition. From experience, I have discovered that a man may do several things in life and fail but you can never love and fail. I love to work among the youth so as to influence them for good-I believe if it is impossible to influence the elderly ones who for one reason or the other may believe what they are doing is the best even though it is wrong, I know it is possible to influence the younger generation for a better tomorrow.

My goal is to be the best in everything I do. I love to make friends because I desire to always have people around me. I love adventure – adventure is one of few things I don’t get tired of. More so, I love to read as much as I can and I also love football and tennis. My favourite book authors and books includes: Kenneth Hagin (Believer’s Authority), Sam Adeyemi (Ideas Rules the World), Gbile Akanni (What God looks for in His vessel), John Maxwell (360 Degree Leadership) My favourite movies includes: Lean on me by Joe Clerk, Cindy’s Note (An Amstel Malta Production), Woman thou hath loosed by T.D. Jakes etc.

I have been part of Local Organizing Committee (LOC) for several conference and I have also led several committees in planning for conferences. I was involved in HIV/AIDS Eradication Advocacy Programme in 2010.

I will consider it a great privilege to be part of Institute of Global Leadership and I trust God for more values to be added to me through the instrumentality of this institute. Thanks