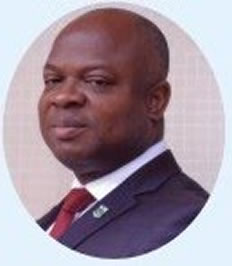 Most individuals know what acceptable conduct is and what it is not. The world before me is one in which people in positions of authority would act in the best interests of their organizations and in consonance with the oath of office. It is where business organizations are mindful of the environment while providing goods and services that earn them revenue. Governments would make laws and institute policies and programs that cater for the common good and sanction offenders while rewarding performers. In this new world, individuals, organizations and governments become socially responsible.

Greed appears to top the list of reasons why crime and terrorism is on the rise. The dream of many young people is to become billionaires, whatever the means. Those that actualize this dream flout their new wealth without regards to neighbors and employees. Lots of people in government loot the treasury leaving the office richer than the country they governed. Parents think provision of resources to meet children’s needs is all-fulfilling without caring, or making out time, to provide leadership. Young people react out of frustration and, because they had lost hope of a better future, they resort to all sorts of crimes, even suicide missions. Wanton acquisition of wealth is a big problem when it is at the expense of the society.

Honesty, integrity, fair-play, service to society, contribution to knowledge and caring for others should be given pride of place in appraising students and employees, in appointing people to positions of authority and responsibility, and in voting politician who aspire to lead the people. Newsmen should down-play features on the wealth of business people, artistes, footballers and politicians. Countries that are havens for stolen funds should become sensitive to the plight of other nations. The search light should be beamed on regulatory entities to fish out corrupt officials while training should be made affordable, especially online, such that regulators would adopt global best practices. Students should be trained in schools to become entrepreneurs and not job seekers. Social media organizations should adopt protocols to screen messages and track crime laden messages. Anti-money-laundering institutions and campaigns should be strengthened across countries.

I am Olawale Isaac Wale-Awe, age 54 with 29 years’ post degree experience in accounting, auditing, banking, consulting and the academics. I have been involved, as a consultant, in jobs relating to proffering solutions to businesses, government agencies and international organizations.

My career is built on my background in Economics, Accounting, Auditing, Taxation, Information Technology and academics as well as numerous training and development courses in Finance, Audit, Management and Banking. This is also anchored on good interpersonal relationship, strong communication skills with extensive experience in management, accounting, auditing, and entrepreneurship development.

I hold Bachelor’s and Master’s degrees in Economics and Banking & Finance respectively. I also earned post graduate diplomas in Computer Science and Theology respectively. I am a fellow of the Institute of Chartered Accountants of Nigeria (ICAN).

I trained with Deloitte for four years to become a chartered accountant before embarking on a four-year career in banking, then went into consulting for three years and into academics for eleven years. While in academics, from 1996 to 2008, he was Head of Department, Sub-Dean of Faculty and Assistant Director External Degree Program in the University of Ado-Ekiti (now Ekiti State University) at various times.

I have authored five books: Strategic Entrepreneurship Development, Theory & Practice of Auditing, Management Information Systems, Style & Form in Writing Research Projects, and Multi-Disciplinary Case Study. He wrote many scholarly articles and presented papers at seminars and conferences. I also co-authored a novel, Buying Without Money and was Co-Editor of Entrepreneurship Development in Nigeria Vol II, published in 2008 by General Studies Unit, University of Ado-Ekiti, Nigeria.

I became a pastor in the Redeemed Christian Church of God in 1999 and have had varied experiences as a leader of people. I was also a Parish Pastor for two years, Area Pastor for six years and has been Zonal Pastor for eight years.

Olawale is on the board of Students Tax Advisory Initiative (an initiative of the Federal Inland Revenue Service, Abuja, Nigeria). In recognition of his stand for fair-play, and I was awarded Justice of the Peace (JP) in March 2012 by the Ekiti State Government in Nigeria. He became a member of International Who is Who of Professional in 2011. I did the Analysis of Discriminatory Practices in Ekiti State Nigeria for DFID in 2005 and was international consultant for the World Bank ROSC Mission to Gambia, Liberia, Lesotho and Cape Verde between 2010 and 2012.

I joined my current employer, ICAN, as Director Examinations in 2008. Later I became Director Student Affairs in 2010 and moved to his current position as Director Membership Affairs in 2013. I have served and is still serving in Committees of the Institute. Before joining ICAN, I served as Examiner and later as Chief Examiner from 1995 to 2008.