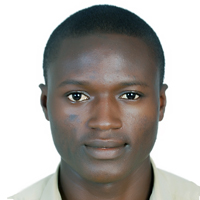 I believe that the study program is going to transform me for personal empowerment, thereby giving me an edge in my cause to empower others. I also need it to polish my skills and ideas to assist me in becoming the personal I want to be, I want to add to my knowledge of knowing the rudiments of being a leader.It will also give me more skills and ideas needed to become a person of influence.

Climate change is one of the most pressing problems facing the world today. This has come about as a result of there moval of the ozone layer, through the continuous emission of carbon monoxide, fuels from burning refuse, e.t.c. wafting through the air and returning to create a gaping hole in the blanket of the ozone layer. This has caused lots of problem which include, exposure of earth of the strong ultraviolet rays of the sun, flooding as a result of melting the mountain and so on.
Another problem is terrorism. This is basically an advanced form of bullying as those being terrorized can not do anything but are later forced to react leading to a chain of counter – terrorism becoming terrorism.This is a problem that has been in existence for a long time, there seems to be improvement in this area at every point in time, which makes it a problem that looks as if it is here to stay and not about to leave the problem scene anytime soon.

There are several solutions to the problem of climatic change that is being experienced in the world today, burning of certain gabbage, the resulting fuel emitted from such act can be stopped, if there are more recycling companies which will lead to less burning thereby leading to less heat and more reuse of products. And as a result of this action the ozone layer remains at its semi – damaged level and not worse, making it a better world for all.

The issue of terrorism most times, arises out of a result of the need of more power as it is known that “absolute power corrupts absolutely”. For this reason, they will always want more. Also, over the years there has been misinterpretation of certain things by certain people, such as religion whereby some people believe that others are infidels and should however convert or be executed, this has to be stopped. Countries should allow their citizens to make certain decisions individually without interference.

Profile
I’m a Nigerian. 6.5ft and dark in complexion. I’m a student of Olabisi Onabanjo University, Ogun State, Nigeria. Also a student member of National Institute of Marketing of Nigeria. I have attended series of leadership courses at Citizenship and Leadership Training Center, (a government leadership training body) which is under the Ministry of Development in Nigeria. Among these Schools I have been to Hill top school at Enugu State, sea School at Apapa, Lagos and Mountain School at Pleateu State respectively all in Nigeria and still willing to go to more leadership schools.

Some of my favourite books are, “Good to Great” by Jim Collins. “The 8th Habit of Highly Effective People” by Stephen R. Covey, “Emotional Intelligence” by Daniel Goleman, “Cashflow Quadrant” by Robert T. Kiyosaki, “The Richest Man in Babylon” by George S. Clason, Joln C. Maxwell books like “Developing the Leadership around and within you”, Becoming a person of Influence” “The 21 irrefutable Laws of Leadership”, “The Winning Attitude”. Also Brain Tracy is a favourite for me, “Million Dollar Habits”. Jeffrey Archer Novel, “Honour Among Thieves”, “Prodigal Daughter”, “The Eleventh Commandment”, “Not a Penny more Not A Penny Less”. Besides these authors, I have offer favourites amongst which is John Grisham.

I have participated in the Seven days leadership programme Tagged “Eagle Gathering” at Hull top School, Enugu State, Nigeria. I’m a member and among the leaders of citizenship and leadership training club, a leadership organization in Nigeria, which as an affiliate of outward round international, which started in England.

I love activities that are brain tasking and make me think. Travelling is also one of my favourite past-time.

After my degree programme, I intend to pursue one of my interests which is to be in the security field. And as well be the best that my country, Nigeria will ever produce.

I love reading books and materials on intelligence and leadership, because intelligence is another interest of mine I hope to pursue soon probably while trying to set my security field interest into motion and as well running my airline business too, which has always been a childhood dream of mine.

In order to run my airline business effectively, I also hope to learn more about international business. I wish to learn how to speak two foreign languages fluently especially French and Spanish.