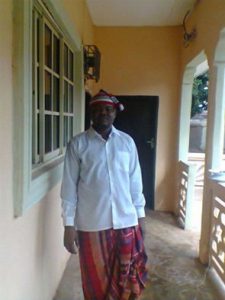 I see a word that works for everyone as a place where people would be accepted for who they are by breaking the barrier of superiority, people would be accepted not minding the religious, political, economic differences. A world that world have a place for the common man, where gender would not be an indices to gain key leadership role in the society. I see would love to see a hunger free world where children would not sleep with an empty stomach, a place where education would be a right and not a privilege, where the right of the common people be protected.

There are lots of pressing problems today which require urgent attention am going to least a few that I think are most important. Recently over here in Africa Xenophobic was not seen as a pressing problem right now it’s a problem that has resulted to hundreds of people losing their life and has spread hate among African race (black). These problems has been there even here in Nigeria but have not resulted to this amount of violence that happened in South Africa.

Mass hunger among African states there have been a lot of hunger and famine especially among sub Sahara African countries this as a result shortage of rainfall during planting season.

Political crisis: This has been a major problem around the globe where political indifferent, corruption and intolerance among political rivalry, political leaders has refuse to dialogue among themselves and they tend to see themselves as master and the use of force in governing its followers or citizen.

Religious crisis can be traced to result of bad leadership, intolerance among religious elites to cohabit and bad orientation.

Gender inequality against women in our society are not given key leadership position to play in the communities, they are always disregarded and seen as weaker sex and unfit to make accurate decision in decision making process.

Some of the best ways of solving these major problems are through proper orientation and being accountable to action taken, allowing women take key position in the society, train younger generation on effect of bad leadership and the way the affect our daily life. Educate youth on tolerance and the use of dialogue in problem solving. Bing up youth that would think outside the box (creative thinkers). Leader across political and religious group should be oriented on exemplary leadership.

My names are Nwafor Patrick Emeka, from Orumba north local government area, Anambra state, Nigeria, West Africa. I studied Agricultural Economics as my first degree from the University of Nigeria, Nsukka. Am an energetic and motivated individual I derive motivation from exceptional leaders around me through exemplary behavior and action they portray. I love reading in general I read different kinds of books inspirational books, religious books and novels just to mention a few. I love music across variety pop music, high life and oldies, I watch a lot of movies i.e. serial movies, sci-fi, epic movies, I love to see a lot of documentary I love being expose to ideas, histories, and new findings, I do engage myself in sports activity like football, table tennis, swimming and snooker. i enjoy traveling and making new friends.

I could trace my first leadership position to when I was still an undergraduate as a final year class representative, from what I could remember it was a tough call being a fairly large group of 30-40 students, we always have something to disagree on and decision making was very difficult to achieve, but later I learnt to use brain storming and putting together key individual in decision making process this actually lead to my love for politics immediately after graduation I join a political group in my community and became executive member of the youth wing of the party.

My first job experience after my National youth service corp. was teaching I taught agricultural science and biology in secondary school, i gain a lot of experience dealing with youth younger than myself majorly when it comes to what they want to be in life, it was a major problem during my time as a teacher, there where lot of self conflict among them, their decision on what they want to be was quite different from what their parents want for them, this actually involves the school they will attend, they actually struggle to achieve the wish of their parent rather than their own. I later left teaching for a sales job in an FCMG company my job description entails a lot of field marketing, I had diversified experiences on the field as a sales executive I had challenges in the field developing marketing channels for new product and always looking for new market which all centered on increasing market sales, it was quite a tasking experience. With this experience I later gained employment in a cable TV company as an operational coordinator which is majored in service oriented industry. Doing all this I still feel that something huge is missing, I feel I have to find a part for myself, it’s not really finding lucrative job with attractive benefit but rather what would inspire me to motivate others around me, that is the reason am here as a part finder to look into the true question of how will I shape my today to result to a better tomorrow. In today’s world with lot of challenging problem I wish to be part of the solution givers and tomorrow’s responders, I want to be an asset for future solution and true leaders in my community.