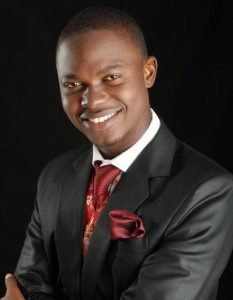 A word that works is such were the fundamental amenities needed for living
are available and working optimally.

The most pressing problems facing the word are as follows

These are mainly the problems the world is going through from my viewpoint.

These problems can be best solve with:
1. Visionary and credible leadership: When leaders have vision they can plan ahead and save their nations from natural disasters, war and unemployment. Nations suffer mainly because of the insensitivity of leaders
to the majors.
2. By participatory citizenship: this simply means that citizens should see themselves as the government and should thus contribute to see that their nations develop.

My name is Nsaka Onochie Jonathan. I was given birth to on the 30th of July, 1986 in the city of Lagos, a state located in the south west of Nigeria. I am a citizen of Nigeria by birth and nationality. Nigeria is
located in the western part of Africa with a population of 150 people. It’s renown as the most populous black nation on earth. Highly rich in human and natural resources with its major export as crude oil. It has 36 states with the Federal capital territory and it is democratically govern. I am from Delta state, from Aniocha North local government area, Onicha-olona community, and ogbekenu quarters. Delta state is located in the southern part of the country. It’s a very rich state in oil and gas. It has large presence of water and aquatic products.

I attended Saint Frances nursery and primary school Owerri, Imo state between 1991 to 1996 were I obtain my primary school leaving certificate then I moved to Awori ajeromi Grammar school from 1996 to 2001 in Lagos state then move to Igieduma Grammar school, Igieduma, Edo state in 2002 were I obtained my o’ level certificate. Then I moved to delta state University, Abraka were I obtained a Bsc(ed) in Integrated science and education from 2003 to 2007. I left with a second class upper division.

After graduation, I began Life corps international (LCI).This is a youth oriented organization with the sole purpose of rising the next generation of leaders. This led me to schools and churches to teach leadership and
success principles to youth and to organize success discovery seminars. Before then, while in school, I was the leader of the Christian fellowship in my secondary school and when I got to the University, I was
made the assistant leader of my campus fellowship (Christ chosen campus fellowship) then made the secretary before finally made president of the fellowship in my final year. I also served as the treasurer of the joint
Christian campus fellowship and the PRO of my department, science education. After some months I published my first book singleness. This is written specifically to youth who are not yet married on how to make the
most of that single period of their life to effectively prepare for marriage and how to be the right one than just seeking the right one. Then I was posted to Niger state for my National youth service Corp. program (NYSC) This program is design specifically by the Nigeria government for graduates to be posted to serve the nation in other states with the view of fostering national unity and integration. I was sent to Government secondary school pandogari to teach mathematics and chemistry after (three weeks of orientation and paramilitary training. I was made the millennium development goals MDGs/NYSC president in that entire local government (Raffi).This made me organized mass awareness campaign on the millennium development goals, health and hygiene seminars in schools and to construct a school library well stocked with books for the school. This gave me a state award from the Niger state government in the year 2009.I returned from the program September 2009 and register for the word of faith bible Institute. This was to properly prepare me for ministry. I ended the school, April 2010 after which I went into itinerary ministry. Then I went to Dunamis school of ministry which lasted for six months. In these schools, I was thought major things needed for ministry. Then in the year 2011, July 3rd the ministry triumphant faith ministry was establish in the FCT, Abuja. The ministry mandate is to raise triumphant lives. It’s a growing ministry. I also authored a second book titled ‘Academic excellence have a grip’ although not yet published, the book seek to empower youths on how to excel in their academics. This has made me a sought after speaker in areas of youth empowerment and leadership development.

I am not yet married. The third born from four made up of three boys and one girl. My father is a clergy man who served as a pastor from 1988 to 2002 before he passed on to glory in 2010.My mum is a business woman, with specialty in catering services. My elder brother is a pastor, married to a banker and has two kids. The second is a banker married to a banker with a daughter. My younger sister is a graduate of the University of Benin with a Bsc in biochemistry. She is carrying out her national youth service program.

My role models are Nelson Mandela, Martin Luther King, Frances Nsaka (my father) David Oyedepo and Myles Monroe. I love religious movies, romantic and adventurous movies. Examples are: the Passion of the Christ, Titanic and Coming to America. My hobbies are singing, writing, reading, watching television, listening to teachings and sharing of knowledge. Books read includes: The 7 Habits of Highly Effective People by Stephen Covey, Think and Grow Rich by Napoleon Hill, The Bible, Becoming a Leader by Myles Monroe, Roadmap to Success by John Maxwell, See You at the Top by Zig Zigler just to mention a few. I have visited a few a places within the country but I would love to visit places like the Bahamas, Hawaii, Paris, New York, Califonia, and London and Jerusalem. I also will love to visit Rome. I love football but rarely play. My best footballer is Lionel Messi from Argentina. I think he is the most skillful of the game.

My greatest desire in life is to be a pastor and a global reformer. I desire to be part of international decision making body like the ECOWAS(economic community of West Africa state) the AU (African Union) the UN (United Nations) and others. I desire to have a university that will help people develop their potentials and thus fulfill their purpose. I also want to have a university that is free so that the less privilege can get quality higher education. Also I desire to have a center known as life enhancement center where leadership, purpose fufillment, marriage, financial management and other life issues will be thought to enhance the total well being of humanity. My dream for my country is to see a Nigeria that is respected in the community of Nation. A country that is completely united without religious or ethnic divide. A country where policies are made and are fully implemented where election is free and credible. Where terrorist activities and insecurity are tales of the past. Where our currency is stable and highly valued amongst other currency, where the teaming youths are gainfully employed, where power supply is stable and efficient. Where the road networks are good and safe. Where railway transportations are functional where fuel prices will be very friendly for all. Where children can get sound and quality education. A land where there is no division between the poor and the rich because all will be comfortable. A land you can dream and see the realization of that dream. A land of equality before the law. A land where all have the fear of God and love for their fellow human. A Nigeria that will become the most desirable nation on earth. This is my dream for my country.

I know that when I enroll in the courses will effectively develop my leadership prowess and thus effectively prepare me for global leadership.