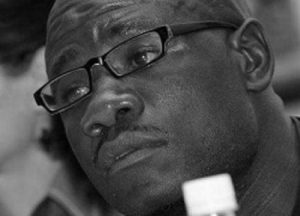 The world that we live needs peace and harmony , respect of basic human rights inclusive of freedom of movement , freedom of expression , freedom of religion and association. Hate speech, propaganda, political mudslinging, racial discrimination, colonialism,dictatorship and wars are the very things that betrays human freedom. The world over corruption, bribery, drug cartels have become rampant that is stifling peace, harmony and development. We require a world free from segregation, wars, hunger, poverty and autocracy. We need a world free from prejudice. Tolerance is the most valuable thing required for a progressive world.

The world is trapped in war. Countries like Ukraine, Iraq, Congo, Somalia, Syria and Sudan are trapped in serious conflicts and wars. Palestine and Israel had been fighting for almost 30 years now. A lot of deaths have taken place in these countries. People no longer respect life and human rights. The world is burning through greed, corruption, political expediency. Countries in the west African countries like Sierra Leone , Nigeria , Gabon are ravaged by a serious epidemic Ebola which has robbed the world of its precious and innocent lives. HIV/AIDS is also claiming large numbers of people worldwide. Climate change is another thorn in the flesh as the world is under threat from Floods , droughts and storms that are caused unpredictable climatic situations. The world is in short of energy resources. Desertification is taking its toll due to deforestation and unnecessary destruction of ecosystem. Child marriages, rape cases and domestic /gender based violence are other critical areas affecting the world at large. The fights among religions, races and politicians is at higher scale in both Africa and around the world. Lastly poverty and hunger are ravaging some parts of the world due to poor governance, political squabbles and challenging climatic conditions.

These problems are generational; most of them have been passed from generation. We need to start educating our children, our communities, our schools, our nations, our world and ourselves that hate, discrimination, racial segregation and corruption are things that cripple the smooth movement of nations, communities and families . We need to instill the habit of love, tolerance, peace in today’s youth so that they grow with these amicable attitudes in our DNA. We to start preaching through our churches , schools and homes that every human is the same despite physical disability, color, tribe, race and religion. If all these things grow in us and in our children we built the best for the present and the future world. United Nations and other global organizations should put laws against war that have deformed the face of the world. Everything though begins with one, so change and tolerance begins with me, it begins with you and also begins with everyone. I believe also that by studying this program I will be able to develop into a well-abled leader possessed with tolerance, love, peace and leadership qualities. Creating more institutions like the one, The International Institute of Global Leadership around the world or almost in every country is a great solution. I have no doubt in developing, horning individuals through such programs you will be healing the whole nation, leading a worldwide development. Politicians, military groups and other should cultivate the spirit of respecting lives than killing people causing wars that end up bringing the world to chaos.

I am looking forward to starting a Creativity Institute in future. I am an ardent reader with the keenness to know more in life and change the world through the knowledge and wisdom I acquire. I always want to use information acquired to raise and develop others. I have travelled to a number of African and European countries through my active participation in creative culture, performance arts, literary and creative writing projects. I am ardent follower of current affairs and news. I like travelling for a cause and on mission. I started reading English and shone novels at the age of five, as my father loved books and reading. We used to read books in the evenings, during weekends and holidays, mostly before going to bed. I started working manual jobs at the age of 14 after the death of my father. I worked in farms, herding cattle for fees, in plots, in gardens and as a child minder in my rural communities.

Later on, I worked in opencast mines and in manufacturing industries , through his creative arts works and projects , he worked with writers organizations ,schools, diplomatic organizations, NGOs, media houses and cultural organizations. These experiences have led to me forming my own projects including Young Writers Caravan, GirlchildCreativity Project and many other initiatives to assist his community with creative skills.

I am an internationally acclaimed Performance poet, Writer, Creative /Literary Projects Specialist, an Advocate of Girl Child Voices and Literacy Development .I am the Resident Coordinator/Organizer for 100 Thousand Poets for Change -Global in Zimbabwe. He is the Founder and Projects Curator of a multiple Community, Literary, and Grassroots Projects including Girl Child Creativity Project, Girl Child Voices Fiesta, Urban Colleges Writers Prize, and Young Writers Caravan.

I am widely published in more than Hundred Journals, Magazines, and Anthologies around the world. He Co-edited Silent Voices Tribute to Achebe Poetry Anthology , Nigeria and the Breaking Silence Poetry anthology, Ghana. His Poetry collections include Good Morning President,Diaspora Publishers , 2011 , United Kingdom and Whispering Woes of Ganges and Zambezi,Cyberwit Press, India ,2010.

I was the Poet-in-Residence from 2001-2004 for the Iranian embassy/UN Dialogue among Civilizations Project; Focal Poet for the United Nations Information Centre from 2001-2008; Convener/Event Consultant This Africa Poetry Night 2004 – 2006; Official Performance Poet Zimbabwe International Travel Expo in 2007; Poet in Residence of the International Conference of African Culture and Development/ ICACD 2009; and Official Poet Sadc Poetry Festival, Namibia 2009.In 2010 Chirasha was invited as an Official Poet in Residence of ISOLA Conference in Kenya.
In 2003 I was a Special Young Literary Arts Delegate of Zimbabwe International Book Fair to the Goteborg International Book Fair in Sweden. I performed at Sida/African Pavilion, Nordic African Institute and Swedish Writers Union. In 2006 I was invited to be the only Poet /Artist in Residence at Atelier Art School in Alexandra Egypt. In 2009 was a Special participating Delegate representing Zebra Publishing House at the UNESCO Photo –Novel Writing Project in Tanzania.