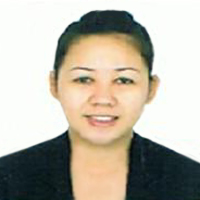 The Vision of Oneness. According to Hafsat Abiola: “Peace comes from being able to contribute the best that we have, and all that we are, toward creating a world that supports everyone. But it is also securing the space for others to contribute the best that they have and all that they are.” Many of our problems are based in feelings of separation and fear. We don’t feel like we belong together and we are afraid there is not “enough” love, money, respect, food, water, etc. to go around. We think scarcity, we create conflict. The vision of Oneness gives us the eyes, the willingness, to imagine a world that does indeed, work for everyone. And that is one of the first steps, to imagine, to believe in this globally sufficient world. We have enough and then some. In the vision of Oneness we begin to imagine a grand circulation of all that there is, providing for the needs of all.

The most pressing problems facing the world today is CLIMATE CHANGE. Climate change is already happening and represents one of the greatest environmental, social and economic threats facing the planet. One of the countries who were affected by this obstacle is the Philippines, the country where I live. Climate Change impacts have been manifested in the Philippines by the extreme weather occurrence such as floods, drought, forest fires, landslide and increase in tropical cyclones. Evidenced of Climate Change were Typhoon Ondoy and Pepeng hit the Philippines last September 26 and October 9, 2009. In the midst of this weather, at least 540 Filipino people have been confirmed killed, destroyed homes and farms in the said typhoons.

Agriculture is the sector most affected by tropical cyclones. Typhoon damage rose to more than 1% of GDP at 1.17%, the highest. The decline in production and productivity will possibly threaten the country’s food security. Likewise, frequent occurrence of extreme events has affected rainfall and inflow patterns of the reservoirs. There is also evidence correlating El Niño occurrences with the epidemics on dengue. Massive coral bleaching in various reefs throughout the Philippines occurred during the El Niño episode. Fish kills and high mortality of cultured giant clams and severe red tide outbreaks were also observed after strong El Niño periods. The worst incidence of red tide in Manila Bay occurred in 1992, another El Niño period. On February 7, 2010, the projected damage to rice and corn crops in Negros Occidental caused by the El Nino phenomenon soared to P717,132,000. Consequently, the supply of rice, corn and vegetable were affected. The price increased from time to time because of lack of supply.

Climate change could reduce income from farming and fishing, possibly driving some women into sex works and thereby increase HIV infection. The effects of climate change have driven women in communities in coastal areas in poor countries like the Philippines into dangerous work, and sometimes even the flesh trade. In the Philippines, small brothels usually pop up near the coastal areas where many women perform sexual services for transient seafarers. But as the sea’s resources are depleted due to overpopulation and over fishing, fishermen start losing their livelihood and women are forced to share the traditional role of the man in providing for the family. Further, some women often pick out shellfish by the coastlines, which exposed to storm surges. Women who can no longer endure this kind of work often go out to find other jobs, while some are tempted to go into prostitution.

1. See the light. Use compact fluorescent light bulbs. These energy-efficient bulbs help fight climate change because they reduce the amount of fossil fuels that utilities burn. You will save 100 pounds of carbon for each incandescent bulb that you replace with a compact fluorescent, over the life of the bulb.

2. Recycle and use recycled products. Products made from recycled paper, glass, metal and plastic reduce carbon emissions because they use less energy to manufacture than products made from completely new materials. For instance, you?ll save two pounds of carbon for every 20 glass bottles that you recycle. Recycling paper also saves trees and lets them continue to reduce climate change naturally as they remain in the forest, where they remove carbon from the atmosphere.

3. Plant native trees. Trees absorb carbon dioxide from the air and use it as their energy source, producing oxygen for us to breathe. A tree in the temperate zone found between the tropics and the polar circles can remove and store 700 to 7,000 pounds of carbon over its lifetime. A tree that shades a house can reduce the energy required to run the air conditioner and save an additional 200 to 2,000 pounds of carbon over its lifetime.

5. Buy renewable energy. Electricity generation produces 40 percent of carbon emissions from the United States. A growing number of utilities generate electricity from renewable energy sources with solar panels, windmills and other technologies. If your utility offers renewable energy, buy it. If not, send them a message asking for clean energy.

6. Act globally, eat locally. If you shop at a supermarket, the food you buy may travel in a plane from the other side of the world, burning fossil fuels the entire trip. Shop at a local farmers markets and you will find fresh and healthy food, and help save our climate.