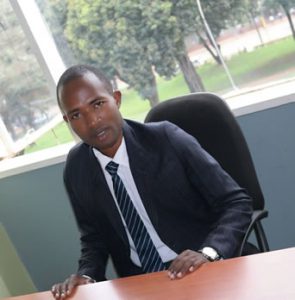 Peace across the globe and leaders coming together to solve grievances that affect their people not to suppress them when expressing their dissatisfaction with governments in power. All leaders should listen and respect views of the minority to avoid conflicts that may lead to under development and loss of lives.

Terrorist organizations are to destabilizing world peace, killing many people while radicalizing many youth to join them. Organisations like Al Qaeda, ISIS, Boko Haram Alshabab all these have left people homeless to become refugees because of fear for their lives. Poverty is still a grave problem many countries are suffering the same catastrophe and many people have died because of it others have fled their homes to go search for food in other areas. African presidents like to overstay in power hence leading to, many conflicts within their countries by abrogating and twisting their countries constitutions to fit their favors and desires.

To crackdown terrorism across the globe there is need for cooperation across all countries, sharing of information about terrorist, tracking, freezing their finances, prosecuting terrorist recruiters and encouraging the youth to part away from being radicalized. Poverty is backbone of all problems high rates of crimes are committed because people think they are poor. Youth fund can be given to youth to start projects and the whole community by their governments. Presidents who overstay in power mostly in Africa should be advised to learn lessons from their counterparts in Europe and United States such that they can respect their constitutions.

I am Muramira Innocent, born, raised and studied from Uganda. I hold a Bachelor of Laws Degree (LLB) from Uganda Pentecostal University (UPU)’s Faculty of Law and a completed Diploma in Legal Practice (DLP) from the Institute of Legal Practice and Development (ILPD) at Nyanza in Rwanda. Currently volunteer lawyer with International Bridges to justice –Rwanda.

I gained experience and inspiration for the legal practice when, as part of my LL.B program, I worked with courts of law in Uganda as an intern student got exposed to court procedures, got passion to volunteer with NGOs after (LLB) degree with Legal Aid project of the Uganda Law Society as a volunteer, Uganda NGO Forum, where I participated in research of correcting data about education In Uganda. I also love reading a lot and being updated about current leadership trend across the globe.

Though we are haunted by problems like poverty diseases in Africa which normally cost a lot of people lives it our mission to fight and pull all our resources together for the better tomorrow. Many countries currently are still ravaged by wars, conflicts and so their citizens cannot get time to carry out agriculture it is my task and obligation as a responsible citizen to track the root cause of all these problems and see how they can be resolved for the better tomorrow.

Being a true African child I would like to fight for the rights of the children currently under violation in many areas some have been defiled, exploited, mistreated, made sex slaves, employed to do hard labor at an early age, some forced into marriages by their parents and relatives because some societies are still primitive and conservative and it is our obligation as leaders to sensitize these communities about the dangers of such acts their children get involved in that normally cost their lives in a long run.

Having been around for two decades I have witnessed that many African leaders have persistently failed to uphold, recognize and respect their constitutions by coming up with amendments that favors their desires not the common man on the ground and this has left many countries suffering for instance Burundi many people lost their lives some fled to Rwanda and this is because our leaders are power greedy and its through this course that I can learn mechanisms on how to do good to the communities we live in and how to treat people equally.

As a lawyer and a human rights defender it is my task to say no anything that violates the rights of the people for instance arbitrary detentions, pretrial detentions, torture as mechanism used by many government agencies to extract information from suspects and prolonged detention where people are denied right to access to their lawyers and justice in long run is denied. However as a change maker through this course I hope I will learn how to solve community problems and expand my level of expertise while dealing with problems that affect my society.