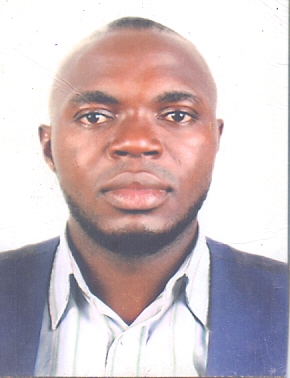 Please describe your vision of a world that works for everyone.
We all have individual callings and aspirations, in a society (majorly human) where we have been programmed to believe in stereotypes created by the system we find ourselves in, I look forward to a world where the journey to self-discovery commences at the early stage of every human existence, so that as they grow, they consciously follow the path that leads to the fulfillment of whom they are made to be. In this way, we all know our strength and weaknesses and know who is appropriate to fit into this position. It is a collective effort, however, it is a course that will be engineered by a set of people who are informed and ready to take up the role.

What do you see as the most pressing problems facing the world today?
There are many pressing problems facing the world today. It is in every community, small or large; lives among various age bracket, young and old; classes of educated and uneducated, employed and unemployed, students and apprentice – everywhere. We treat the fruit of these problems, which we see as security, cybercrime, famine, war amongst various other vices. However, while these are problems on their own, personally, they appear to be something that cannot be solved directly, for instance, the leader of a sect is killed, another person rises to revenge his death and inadvertently becomes another leader and another threat to be silenced, and tons of cash will be spent to deal with this reinforced loyalist. I will categorize this problem under “Not knowing ourselves” or not knowing who we are.” On average, a person starts a journey of self-discovery after feeling he don’t know why he is existing – sometimes this happens after he has attempted fitting in to various c rafts and careers and it seems not to be working out. He then starts looking for classes to take and programs to attend. Many of those who engage themselves in various vices to make end meet usually pushes the blame to a friend introducing them to it. Personally, I think the major problem facing the world today is “Lack of Awareness of Whom we are.” The blacks wants to be like the white, so they use whitening cream, a Nigerian wants to look like a blonde, she sells all she has to buy a Brazilian hair, a friend drives a G-wagon, I want to drive that too, everyone wants to live and behave like someone else. This most times leaves us living in someone else’s shadow and the day we realize this, the feeling of emptiness sets in again. This is the reason why some politicians will fake their age just to remain in the office, because once they leave there, they lose their senses of purpose.\r\n

How do you feel these problems could best be solved?
Education: I will speak as someone within the jurisdiction of a country (I will be using this country as a case – partly). Some of us, (larger portion) believes that education can only be achieved when residing with the four walls of a structure called school. They spend their four years and comes out “intimidating” others who couldn’t due to some reasons afford to go to school – once the title of “graduate” is attached, no one bothers about the value added in the process of the four years. For this singular reason, you see people conclude as follows: It doesn’t matter what you go for, just get the degree, hence the reason why some of our graduates are not quite employable (some are doing absolutely well I must say), You see someone who is called to be a teacher, settling to attend a Polytechnic because that is what applies or available only to console themselves with the quote “when the desirable is not available, the available becomes the desirable.” Our education system should be restructured; children’s ability and callings should form the bedrock of what they learn. We are actually supposed and meant to help the children become better at what they are made for, not forcing them to fit to the society defined by a failed system. If the children’s talents and passion are developed and horned from a tender age, as they grow, they will learn how to use those skills to better the community they live in.

I am Godwin Onyeka EZE, born on March 15, 1986 in a small town called Obukpa back then in the South Eastern part of Nigeria. At age 4, I had to relocate with my parent yet to another small town called Ondo in the then Western part of the Country where my father started to do menial jobs to cater for his family. It is customary then that at age 6, children should begin Primary school, and due to my rapid growth, I joined my peers in 1991 to start Primary school (St. Helens Primary School). My primary school experience was fun and at the same time challenging as we had to hulk farm produces around the town to assist in various financial engagement. I completed my primary education is 1997 and proceeded to Adeyemi College of Education Secondary school for my secondary education, and after three years in that school, they increased their school fees and I had to drop and join another school, St. Joseph’s College where I finished from in 2003. Shortly after my secondary education, due to financial challenges, I enrolled for a Diploma in Computer Studies, a feat I completed with a distinction and that shaped my career till day. I have been able to function across various sectors in multiple states across the country ranging from Setting up ICT centers, to training and managing human resources. Through these years, I have also picked up various experiences (though no certifications) but they live with me. In 2005, I bagged my first certification in Computer Hardware Engineering and proceeded to work with it at College of Computer Engineering Technology, and Trinity Computer Training Institute both in Ondo Town. In 2008, I was called to manage an E-Library built to assist students in conducting researches and carrying out class task, after working with them for one year, I was invited to manage Trinity Computer Training Institute as the Registrar, a post I held for two years before respectfully taking a bow. In 2011, due to the experiences I have gathered over the years, I assisted various ICT startups through facilitation and volunteering. In 2012, I got an invitation to work with a company in the city of Ibadan in Oyo state, at first I was presented to be working in the ICT department, when I moved in, the role was changed to that of a store-keeper (They needed someone who would integrate their stock system), I worked with them till it became obvious that I don’t have a specific role in the company again, I work as the storekeeper, the Accountant, Public Relation, Marketer which I started finding difficult to cope with. In 2014, I had to take a bow, and started street hustle, this is absolutely the most challenging stage of my life, I had to start creating my impact in a large city, I didn’t have the resources I needed to drive my passion, so I had to take up another job at Athlon concepts. Prior to taken my job at Athlon Concepts, I enrolled to further my studies at the Open University of Nigeria, but couldn’t afford the tuition as at then so I had to drop, my contract with Athlon was pay as you work (I train students, while he takes the 60% of the pay, I take the 40%), it worked for a while until students weren’t coming as we expected, I had to leave and take up other menial job to make end meets. It is at this job, that Athlon invited me again to come manage the business, now rebranded which I did for 3 years. In three years, we have grown to have about 2 more branches as at 2018. In the summer of 2018, I was invited on recommendation to manage a facility in Owerri, Imo State, where we have Owerri Tech Hub, here I am tasked with Organizing tech events and Classes on Software and Web developments. So far, I have been able to setup effectively the Computer Based Test center which we hope to be operational by summer of this year.