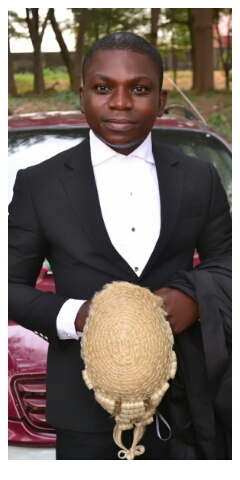 A world that works for everybody is one in which everybody works for the world. The possibility of conquering our odds and making the world the place we desire lies in the great potentials and possibilities of our collective humanity. We are capable of living peacefully together, uniting our resources to fight diseases and hunger around the globe and building more technologies to solve our present challenges.

The most pressing problem facing the world today is that of unappreciated diversities. The world is a diverse place, a place of different people and culture, creeds and beliefs, tribes and tongues, race and nationality. These many diversities have been exploited to satisfy little interests as against the promotion of our common good. Diversity has resulted in conflicts and wars, it has created stereotypes, it has resulted in oppression of minorities. The ills of the exploitation of diversities leave us in a world with a disheartening percentage still hunger striven, disease ridden and poor. People die in every part of the world everyday due to the ills of exploitation of diversity, productivity is low in the conflict zones as a result of political and social unrest.

The best way to solve the problem of exploited diversities is a conscious integration of the world. Technologies in the 21st Century has done much to bring the world together on a single platform (globalization), these should be encouraged and promoted for better results. Platforms such as this where people around the world come together to demonstrate their shared priorities and commonness should be sustain but made more easily accessible. The concept of global citizenship should be deliberately convey to every part of the world and taught in our schools. Free trade should be promoted to develop other economies around the world, cultural integration should be consciously promoted by international bodies such as the UN. The world falls and rises as a globe, the success of a part of the world will mean nothing if the world ultimately fails as a whole.

My hobbies include playing musical instruments and riding bikes. Some good books I’ve read are: Dream from my Father and Audacity of Hope both by Barak Obama; Long
Walk to Freedom by Nelson Mandela, Crime and Punishment by Fyodor
Dostoyevsky.