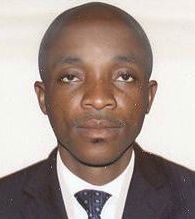 Please describe your vision of a world that works for everyone.
Living in peace and having everything at one’s disposal is a must for the well-being of a human being.To abolish violence ,war and hatred, governments, societies,r eligious groups have to join hands by sensitising their citizens or members in order to create a peaceful living environment where people of various backgrounds and races can cooperate without discrimination. In the second aspect, money has become a rare comodity which is causing so much difficulties for people since we cannot live without it. To cope with financial freedom, governments and NGO’s have to invest in projects that reduce poverty level.That implies jobs have to be created and individual business or project must be financed as well as helping people to be educated.

What do you see as the most pressing problems facing the world today?
These days life has become a challenge. Even the multi billionnaires are not left out. Why is life so hard? Can developped countries do something about it? Daily news have shown that having a fat bank account is far to be the key for a life free from problems. Criminals are kidnapping people every second, rebels, terrorists and arm-robbers are taking ships and properties in hostage making it a lucrative business and this phenomenon is now expanding. In other countries the fear of seeing the next day is established by “Kamikazes” who are moving with bombs and killing innocent people in super markets, schools, churches, hotels, planes or any public place. In addition, narco traffic and prostitution are the greatest industries nobody can control and corruption usually follows drug business. Talking about problems one cannot ignore the world climate which is changing and floods are making people homeless, devastating crops and bringing about starvation. While the world’s richest people don’t know what to do with money; poverty, hunger, underfeeding are the portions of Africans and some Asians who find it difficult to get a decent accomodation or have their daily meal. Another worring factor is war which is separating tribes, nations and destroying human lives. Diseases are turning valid men into disable men for the lack of medical cares in some part of the world. The current problem of our century is the competition for possessing nuclear weapon which has become a serious threat to humankind. In that way the United Nations Organization is multiplying summits to bring nations together but the question is :can it succeed in that mission? Or can any human organization solve this problem?

How do feel these problems could best be solved?
Problems are always followed by their solutions. That means there is hope for a better tomorrow. In the first place the gap between the rich and the poor is too wide. That implies we should help one another by giving everybody the opportunity to get money and satisfy his/her needs. In the second place, racial and religious discriminations must be discouraged if we really want to achieve unity of all races. Mutual respect in terms of beliefs and social positions should be the remedy to heal hatred and oppression. To put an end to narco traffic, policemen should be assisted financially in order to accomplish their mission by saying no to corruption. Prostitutes also need to be helped by creating jobs for them or convincing them to learn a trade. By the way it is a tough task for governments. As far as world climate is concerned, individuals and developped or industrialised countries must reduce the quantity of gas that factories and machines vomit in the air. To find solution to poverty, rich natons must help the poor nations and goverments must encourage and finance farmers in order to obtain food security. NGO’s and goverments have to provide free accomodations for the less priveleged as well as build hospitals accompanied by health insurance scheme, a policy that will allow everybody to benefit free medical cares. To stop nuclear weapon and wars military men must not be voted to power. Scientific students and scholars should rather think of what to create to help humanity and Nobel Peace Prize must be given to a president who acceps to destroy his nation’s nuclear weapon. But above all men of God should interceed nonstop for world peace because only God can solve these problems.

Profile
I am a young Togolese man of 29 years old. Fair in complexion ( height 1.64cm weight 55 kg).Neither do I smoke nor drink alcohol because I am from a christian home. I have
4 brothers and 2 sisters. I worship God at the ” Evangelistic Ministry Christ Without Border for Salvation of Souls” one the charismatic churches in Togo. I am a bachelor having no child. It is my desire to marry a white christian lady. I like making friends to exchange ideas. Watching football matches, Nigerian movies, singing gospel and browsing are my hobbies. I speak French, English and I have basic knowledge in German. At Senior High School of Kévé (TOGO) I was the president of “English club” for 3 consecutive years. I love English because I have been saying that I will have an international career. Currently, I am a member of ” Club rfi” (FRANCE RADIO) and IPF-TOGO a non-lucrative association ( meaning Initiative for Positive Future)

I have the desire to work for God as an interpreter (French-English) of the gospel therefore I am calling for help. Every man of God, church or christian organization which is willing to help me to get a training at a powerful Bible University overseas is welcome. I don’t have means but I believe God can touch the heart of somebody to finance my pastoral training. I am also ready to work for/with a christian organization whose teaching is based on Jesus. I can conduct christian youth meetings all over the world, in brief I want to be an ambassador for JESUS. Because happiness according to me is to work for God by helping people come out of darkness and poverty. I like traveling to discover other cultures. I want to invest later in humanitarian works. whoever is reading this profile is blessed in the name of JESUS Amen.