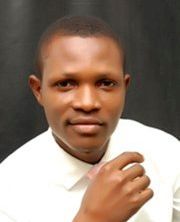 What do you see as the most pressing problems facing the world today?
From my own point of view, Few of the most pressing problems I can identify include, Poor leadership system in many countries of the world, Leaders who acts as DICTATORS and not “SERVANTS” for the good of all in its given domain, leaders who are self centered, fighting for more power and recognition while her citizens suffer from poverty, disloyalty and dishonesty from these leaders. Another important problem facing the world today is food crisis in different part of the world e.g. India, Kenya and Niger etc. Crime and Corruption are on the increase in many countries of the world including my country, Nigeria. There has also been an increase in terrorism and kidnapping, war and protest. Also inadequate human capacity development programs, lack of Unity and sustainable development in many countries and increase in religious crisis. Financial melt-down of the world economy and increase of commodity rate. Unemployment in many nations of the world including the United States, United Kingdom, etc. Global warming and occurrence of natural disasters.

How do you feel these problems could best be solved?
We must start raising a New Breed of humans from childhood, instilling in them the proper ways of co-existing with fellow humans and then grooming them into leadership roles from school; while making the said instilled “proper ways” the standard for them in their leadership roles. Often and often, they must be reminded of the current world scarcity and need of leaders who would fight for the common good of all, leaders who are selfless and service minded, leaders who would leave good legacies behind when leaving office or service, leaders who would render efficient Service, protecting the lives of its citizens and working for equal development of all within his sphere of leadership. Providing sufficient food supply and investing in agriculture. Creating programs aimed at training skilled personnel’s that will increase production rate of foods and fight against its scarcity. Reducing crime rate and corruption by enacting laws and establishing crime fighting organizations, empowering these law enforcement agents in each country to adequately fight crime and terrorism. Building strong unity and peace between citizens of neighboring country, Operating in love and abstaining from religious crisis and also rendering justice to whom it is due. We must groom potential leaders who will not trivialize the creation of more and better jobs and eradicate unemployment. They must understand how to and partner with private sectors to create more jobs and establish human capacity development programs that will enhance the living of the people. Natural disasters can’t be prevented from happening but can be noticed and salvaged before its occurrence(s); although, some may happen without an initial signal. In a nutshell, it’s high time we started raising leaders who will choose integrity to fame and fortune.

Profile
I am a spirited and passionate motivator, a born encourager who stops at nothing until you are encouraged to take bold steps that will lead you only to the top. I am the Director and founder of “I Believe In You Fooundation” – an NGO that stands to encouraging the poor, needy, sad and hopeless in the society and also talented people who have lost hope in themselves and their gifting. It was birthed from his passion for charity and reaching out to the poor and needy in the society and the world at large. I have a dream of building the world’s biggest orphanage home soon.

I am also the director in charge of “Change Initiating Agents . The “Change Initiating Agents “ is a mercenary of Change Initiative. Vision of Change is a Faith Based NGO that is a citizen-based, international network of kingdom impacted global reformation whose mission is to transform the Third World nations using a “zero tolerance on failure” approach, by developing their spiritual minds, through radical mental empowerment, using Kingdom principles; therefore empowering their greatest capital which is the human capital and also add value to their lives and making them the Change they desire; while as a ripple effect becoming the Change Agent to their world. It is envisioned by V.O.A Ogbijah.

I have served in different leadership positions in various capacities right from the age of 5 years. I served as a leader all through my primary and secondary school days, which won me an award as the most active leader while in the said schools. I am presently studying Geology in the Federal University of Petroleum, (FUPRE), Ogbomoron, located in Delta state, Nigeria.

My vision is to serve God, humanity and also be a pioneer of positive change around the world. I dream of seeing a peaceful world in the nearest future. To build an army of change agents that will transform the failed world political system and economies of nations. I Believe I Can with the help of God and the support of all those with same and/or similar ideology across the globe. I Believe! I Believe Yes, I Believe We Can!!!