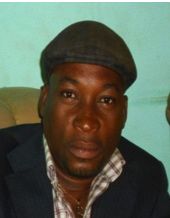 My vision of a world that works for everyone is based on the respect of the human value and dignity. Unfortunately many good people ride shod over the human rights that have been elaborated for a goodcause: the wellbeing for the peoples. If everyone of any country of this world can outlaw the violation of the rights of his fellow citizens or fellowman, if we don’t make any difference between peoples, races and nations, if we give a consideration to every human being and if we respect his rights, if equal chance is given to everyone to discover himself, I think the world will be free from many pains and diseases.

The most pressing problems facing the world today are various and according to me the first one is the poverty: it gangrenes every continent but the case of Africa is too shrill. Only few people eat suitable.The first victims of this situation are the children: they are dying of starvation. The young girls in fighting the poverty devote more and more to prostitution, creating so other problems and risks. The social injustice, the corruption on behalf of the political leaders generates mainly frustrations and dissatisfactions which turn very usually into rebellions, genocides and separatist war with grim consequences. The insecurity grows nowadays at full gallop in the world. Assassination attempt, the kidnapping and hostage are legion and became a way to get money or to protest against a social injustice. The lack of leadership by the govern is a real brake of development. They must think about the wellbeing of their fellow citizens before their own interest. Unfortunately it is the opposite that happens and sometimes never.

In order that these problems best be solved, everybody in his corner have to take necessary awareness of the dramatic situations that prevail actually and ask himself questions. And so a real change of mentality will take place in every mind. Racial and religious discriminations must be discouraged if we really want to achieve real unity and freedom. The democratic principles must be fundamentally respected. A good and indisputable democratic election attracts the investors, who participate somehow or other to the wellbeing of the citizens. The political authorities must have the superior interest of the nation in view. So they have to create, organize, develop and promote every sector trough sustainable projects which could help the populations and particularly the youth to come out of the poverty. They must encourage, promote and initiate the youth to the self-employment. But a positive, worthy personal initiative in particular can also be a sustainable solution.

I’m a 37 years old father of one daughter. I’m 1.70m high and weigh 80kg. I’m Togolese from a polygamy family of ten children and I’m the second son. My father divorced with my mother before I was born. I was recuperated by my father when I was 5years and I grow later in difficult conditions between two wives of my father, a primary school teacher. Neither do I smoke nor drink alcohol. I have a cool and calm nature. I am patient. I like honesty and integrity in life. I love reading, traveling, sports, learning new things, etc. I speak French, English, German and I can try a little in Spanish. I like exchanging with others to discover their cultures. I have been German teacher for 5 years just after I finished my studies at the university. I was the monitor of “Deutsch (German) Club” for three consecutive years at the grammar-school of Tsevie. I attended the Harbor of Lomé in 2004 as a trainee in consignment of ships. I worked two years later by Mobil phone society as a commercial Agent. I was interested for a long time by the social works. So that I joined an NGO (Esperance Vie) in 2010 where as former teacher I volunteered. I was project officer and I had in charge the vulnerable children Education Program and the underprivileged young girls’ vocational training Program. This volunteer social work permitted me to measure the degree of suffering because of poverty especially in rural areas. I m a member of various not for organizations as: IPF-TOGO (Initiative for Positive Future) where I’m the coordinator assistant of education program; KAIROS-TOGO where I’m the coordinator of education- and vocational training program.

Since 1st March 2012 I’m co-founder and project officer of a not for profit organization SADA, a Togolese organization that focuses on promoting of underprivileged children, youths and women rights in rural communities and which is committed to fight the cycle of poverty through awareness creation, education and sustainable development.

My major dream is to contribute to the global effort to achieve sustainable development worldwide, specifically by eradicating the abject poverty. I am involved in campaigns for poverty eradication. “If you educate a woman, you educate a whole nation” so, gender promotion, Child protection and education, the promotion of human rights are my passions because I am interested in instilling hope in those who have lost it in order for them to live life as it’s supposed to be lived.