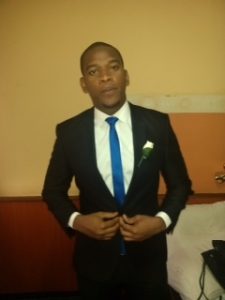 A world that works is one signified by a proper balance of values. values related to equity in the access, exploitation and distribution of wealth; where the individual is the architect of his/her destiny and where emancipation and transformation of the human mind is a central and collective aspiration pursued by societies; where meritocracy in the pursuit of ambitions, social mobility and achievement is not sacrificed on the altar of mediocrity and every individual is at liberty to pursue personal aspirations devoid of ethnic, tribal, class or gender differences. A world where concerns are not limited to satisfying immediate socio-economic and political exigencies but to ensuring that the environment is safe for the attainment of the development needs of future generations and ultimately where every individual is not subjected to constraints in his/her attempt to maximize his greatest potential.

The most pressing problems facing the world today could be summarily reduced to ”paucity of collectively shared values” and its manifestation could be observed across social, economic, political and ideological lines. As such we have succeeded in building more barriers and divides than fostering unity of purpose in our collective aspirations. Socially, we have lost a sense of values and orientation governing the code of conduct between and amongst persons and as such have given in to a fallacious laissez-faire attitude and made it the order of the day. Economically, we have woven a fabric of self-aggradizement and accumulation of the greatest resources by the mightiest, thus neglecting the basic survival demands of the many and celebrating the luxuries of the few. Politically, we have hoisted an ideology of non-inclusive governance, governed by the impunity of the mighty upon the volatility of the oppressed solely for the furtherance of parochial interest at whatever cost. This political quagmire has often been sustained by ideological inclinations depicting thrust of ideas of the dominating class at a given epoch of our existence.

Arising from my above exposition, I contend that the panacea for the world problems immediately derives from an urgent need for a global reorientation. Beginning with a revolution of leadership values, socially, there must be an institutionalization of ethical codes of conduct not streamlined along religious or racial lines but one tailored along principles of humanity and moral tolerance. Economically, deliberate efforts must be geared towards restructuring imbalances in economic fortunes of states as well as setting up income redistribution streams to cater for poverty-ravaged societies while creating opportunities for equal access to material means of production and survival. Politically, a deliberate attempt at setting up of structures and mechanisms for fostering a culture of peace and collective resolve to amiable conflict resolution other than instrumentality of military means. However, it is noteworthy that none of these solutions are independent of others, but are rather mutually re-enforcing.

I am by name Chukwunonso Gerald Belonwu, a Male and Christian who hails from Adazi-Nnukwu town in Aniocha Local Government Area of Anambra State, Nigeria. I attended Trinity Educational Centre where I attained my first school leaving certificate and subsequently proceeded to Federal Government Boys College Garki, Abuja where I attained my Senior School Leaving Certificate in 2006. I further picked a degree in Political Science from University of Abuja in 2011 and later went for the mandatory National Youth Service Corps where I was consigned to teach the subject of government at an interior secondary school in Gokana Local Government Area of Rivers State. I later attained a Post-Graduate Diploma in Education from the National Teachers Institute, Kaduna and proceeded to pick a Master’s Degree in Development Studies from the Institute for Development Studies, University of Nigeria Nsukka in Enugu State. However, my passion for legal studies found me in pursuit of a Law degree in University of Calabar, Calabar to be completed in July, 2017.

Asides academics, I am passionate about leadership development and youth advocacy thus endearing me to embarking on community development initiatives, organizing seminars and workshops on youth entrepreneurship as well as attracting educational scholarships for students in secondary and tertiary institutions under the auspices of the Dynamic Minds League (A network of young, talented and professional individuals driven by passion for contributing their quota to the development of the community and state at large) to which i currently hold the position of the vice-president. As regards my hobbies outside researching, i enjoy cycling, tourism, nature-scope and above all, fellow-shipping in God’s presence. I most passionately strive to develop self; mentally, physically, socially and otherwise and as such i love the idea of meeting new people and enlarging one’s network of connection mainly because “the world they say is a small place and certainly no one is an island of his own.” Hence the need to socialize and cross-fertilize ideas cannot be over-emphasized in our increasingly multi-cultural and dynamic world. Notwithstanding, I share the belief that history is replete with the burden of leadership in society across every epoch of human existence. Therefore, my attempt to gain leadership skills is a step I belief is in the right direction in the light of the ubiquitous development cum leadership conundrum ravaging my country Nigeria in particular and Africa at large.

Likewise, I have worked as a project supervisor with Amazing Grace Foundation, Abuja where I was responsible for supervising projects and programs of the organization. Also worked as a Relationship Manager with United Bank for Africa, Lagos where I was charged with the major responsibility of maintenance of Customer banking relations. Currently, I engage in volunteer service as a Litigation assistant in a Law firm.

However, I aspire to represent my country as a permanent representative to the United Nations and engage in policy streamlining, development planning and evolving leadership initiatives towards making the world a better place for future generations.