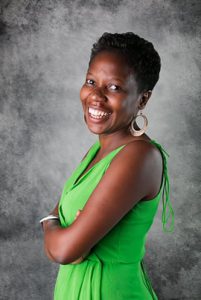 We need a world which presents equal opportunities for men and women. Gender should not define your abilities but your qualifications and experience should determine your position and status. I am in the health industry and I strongly advocate for access to health for all people in spite of social, political and financial standing.

The disproportionate distribution of resources world-wide is a major cause of concern. The difference between the rich and the poor are alarming and disheartening. When others can afford to live in million dollar mansions, drive cars worth hundreds of thousands and be able to holiday for tens of thousands of dollars yet others are surviving on less than a dollar a day is undesirable. The impact a few thousands of dollars can make to the remote communities of third world countries is not highlighted clearly to those who can afford to give. In the cases where it is, there is too much ignorance and a lack of care from those with the resources to mobilise any assistance. Everyone needs to be aware of the role they need to play to combat poverty.

Solving the disparity requires joint efforts to make those with resources aware of the impact they can have by giving. It’s important that even the middle income people, who outnumber the filthy rich, also recognise the role they need to play by giving, sharing and educating those in need. In order to lessen the gap, there is need to educate and empower those less fortunate. By enabling them to break the cycle of poverty in which they currently exist, they will be in charge of their destinies and will not have to rely for aid from external societies. Influential people, i.e.; celebrities and politicians also have an active role to play in mobilising their peers and communities at large to take up the responsibility of taking care of each other as human beings and assisting each other wherever possible.

I am a passionate social entrepreneur. My ambition is to start up at least one company each year which directly addresses a need in the society which I live in. The enterprises I found or co-found should be profitable ventures which self-fund whilst attaining the set objectives.

I was raised by a single mother. Her hard work and love was second to none and I am eternally grateful for all she did and continues to do for me. My childhood was spent in the high density ghetto suburb of Highfield, Harare, and from there I acquired a street wisdom which can never be taught but is a useful tool in the work environment and in the entrepreneurship world. It taught me to be aware of my surroundings, to improvise in situations which would otherwise seem hopeless and most importantly that the buck stops with me. When the spotlight is focused on you there are no excuses and there is no time to shift and offload responsibility.

My high school education was at Monte Cassino Girls’ High School in Macheke. 90% of my teenage life was spent sheltered in a Catholic Mission School which was strict on education and behaviour. Our motto was “Ora et Labora”- work and pray and work and pray I did. I attained good academic results for both my O-Level and A-Level results- everyone at that school did because there was a 100% pass rate! More than the academic achievements however, I value the relationship I developed with God because of the environment I was. It’s a relationship which needs to be constantly tended to, as any other worthwhile relationships, but I am comfortable in the foundation I set up at Monte Casino. Through the all the phases of life I go through I’ve come to realise the most important aspect for me is my relationship with God and what I can do so that I may be worthy to praise His name in eternity.

After high school I was accepted at Air Zimbabwe (Pvt) Ltd to take part in the four year apprenticeship program for aircraft maintenance engineers. I was in a class of 40 and there were 8 females in total. It was a stimulating challenge to prove my abilities in a male dominated environment but that is what I did and I succeeded to pass the theoretical part with not less than 5 distinctions. Upon completion of the apprenticeship I immediately left Air Zimbabwe and got employed by a private aircraft maintenance company in Bournemouth, England. I worked there as an avionics engineer for three years before deciding to relocate back to Zimbabwe and start my own business. The decision was made because of the love of my country and wanting to spend my life there as well as an ambition to be my own boss.

To date I have 2 registered companies in which I am the major shareholder- CJV Medical Supplies (Pvt) Ltd which distributes and wholesales medical equipment, and Kayla Tours, trading as MedTours Africa, which is a medical tourism facilitating company which handles all travel logistics for people travelling abroad for medical reasons. I also have a stake in a publishing company Saflag Dome where I sit as the chairperson of the board of directors. I want to be a leader in society whom people look up to, who inspires others to reach their full potential and who makes a positive impact in the community where I live.