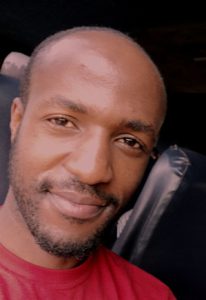 Please describe your vision of a world that works for everyone.
I envision a world that is full of equity of services particulary basic needs of health, sanitation, food and clothes. I see a world that defends human dignity and having a sense of humanity. And to solve such problems as equity, effective leadership is needed. The type of leadership and management which will make tough decisions as far as distribution of resources is concerned basing on existing evidences. In a continent like Africa where I come from, many decisions are made based on the political affiliation without doing enough studies to back the possible evidences-the question of political will for a healthy public policy remains worrying:-something I feel, I can learn more about in here.

What do you see as the most pressing problems facing the world today?
The biggest problem facing the world today is leaders behaving like chameleones. Whereas they have very good words prior to elections, they never practice what they preach. That leaves alot of unsolved and secondary problems as terrorism, corruption, famine..all this culminating from the fact that resources are not adequately allocated to where they are needed most. While at the 3rd African conference on water and sanitation in Kigali, Rwanda this July 2011, President Kagame for the record 8 times in his speech echoed the need for African Presidents to be willing and demonstrate their support for water and sanitation programmes in their respective countries. He correctly insisted that, that was the major factor that enabled Rwanda to achieve the Millennium Development Goal on sanitation. Another secondary problem that could be solved if solidarity between developing and developed countries was in place is the question of unemployment especially with young people who form approximately 70% of the world’s population.
(Minimum 100 words)

How do you feel these problems could best be solved?
World Leaders and Country leaders…call them decision makers must put on their thinking caps and consider using evidences when making decisions concerning the question of equity! A solidarity arena must be created to enable experience sharing and future research. Young people should be at the centre of all these dealings because they are not only many in numbers but are directly affected by the deeds of decision makers. There should be more leadership and awareness trainings embedded in our education curricula so that the soon to be decision makers are already upright.

Profile
Brian K M. Bilal better known by his first name *Brian* and not ‘Brio’..Nickname K-1 is a Public Health Youth Specialist (Read FREAK), with a high zeal and zap in youths participation and involvement in national and international matters. He masterminded the involvement of HIV-Positive youth in regional programmes while with UNAIDS in Zambia (2005). This stage drove him to accept representing the Uganda Red Cross Youth to Copenhagen as a Youth Leader (2009/10) and on his return catalyzed the HIV/AIDS Life Skills Programme underway in Pallisa district. He still serves with the Red Cross Youth on the Uganda-Denmark Working Group that designs, plans, monitors and evaluates youth empowerment programmes (you could call it a consultancy)on Adolescent Sexual and Reproductive Health, Environment, Maternal & Child Health programme. He has (and still) represented youth on a number of platforms of British Council, World Youth Alliance, Africa Water & Youth Movement and the United Nations Youth.

He is a first born from a family of 6 and has a trade mark slang “Hello Fear” which (as he likes joking) Gospel Sensation Kirk Franklin ‘Stole’ to use as the name of his Music Album. In this, Brian suggests correctly that the reason we don’t really get to where we want to be stems from not only making polio-infested choices but also an intrinsic fear of being there. His growth spurt was ignited when a Lecturer told him he would become ‘just a school teacher’ while a sophomore student at University. With his ‘Impossible Is Nothing With Control’, he has since added a Master of Public Health to his name. As of now, he is a DrPH at University of Sydney and hopes to meet his former lecturer and smile in his face. He looks forward to being in public health leadership at international level. When asked what he will be in the next 5 years during the interview with Global Health Corps, he responded ‘I Will Be One Of Those Dudes That Will Bomb The International Health Arena With A Jaw-Dropping-Dunk Characterised By Evidence & Practical Policy. To Do That However, I Need To Be In Solidarity With Like Minded Brains’ And That’s What He Is Looking For. Up to now, he’s got no idea whether the interviewers understood it but time will tell. He questions quite alot about the methodology of how things are done and seeks to have a paradigm shift from the original statusquo citing out that even the preveously most rigid relgions have hard tougher times to be flexible enough to use media and theatre while preaching.

While not reading practically everything he sets his eyes on, Brian prefers to run around the globe asking himself ‘What Is New Here?” and meeting amazingly cool like-minded youths with a mission in life. He always moves around with a soccer ball and prefers to call himself a Factual Free-Style Ardent Soccer Player, Fan of Uganda Cranes, ScVilla, Arsenal & Barca Since 1986. He believes that Jesus, Mohammed and Buddha Must have played football Å¨ because there isnt any other sport that defines RESPECT-INTEGRITY-PASSION & HOPE- his Core Doctrines in his Life Philosophy 🙂