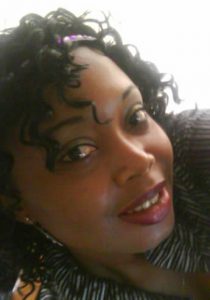 I see Terrorism, Famine, Drought, Corruption, and bad governance as the most pressing problems facing the world today.

TERRORISM: Terrorism is now a global problem because not only do terrorists strike at European and American countries and infrastructure, they are now attacking in Africa. This is a huge problem which the world is facing today. How do you fight a group who are willing to die in their quest to strike terror in the world? This is a pressing problem that needs a solution and fast too.

FAMINE AND DROUGHT: These two go hand in hand as where there is drought, there certainly must be famine. This is a global issue especially in countries close to the desert; as desertification usually results in drought.

For these problems to be solved, I feel governments around the world have to become proactive to the needs of their citizenry. I also feel it is the obligation of every citizen to ensure that they are in control of their life and emotion. In addition, good ethics and morals should be introduced to the education curriculum all over the world. Countries all over the world are facing these pressing problems and I believe they should unite in a bid to over come them.

Concerning the issue of corruption and bad governance, I do not believe in violence it is not the best way to solve a problem but at times, it could be the only way such as was the case in Ghana when Jerry Rawlings had to oust the ‘bad eggs’ in governance for there to be some sanity in the governance of the country. The masses should not applaud bad leadership but fight against them because if they do not, they and their future generation will have no heritage in their father land.

My name is Bokolo, Baranaye Diana, I hail from Nembe Local Government Area of Bayelsa State in Nigeria. I am 26 years of age, I am recently married, I am focused, target driven and goal oriented. I hold a Bachelor of Science (BSc) degree in Sociology from the University of Port Harcourt and a Master of Science in Sociology of Development from the same institution. I have held several leadership positions from being a class prefect to being the deputy senior prefect of my secondary school and later the director of socials of my faculty (Faculty of Social Sciences) in my University, and the Executive Secretary of my Community Development Group during my National Youth Service.

My hobbies are travelling, cooking, reading and swimming.