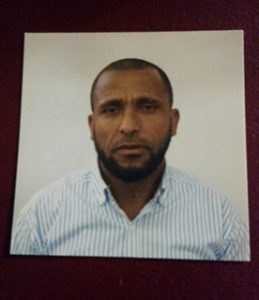 Our world should be a safe and a peaceful place for every one; a world in which everyone treated equally regardless of race, color, gender, class and religion. Our world should serve every one fairly in the way that, every child goes to school, eat a lest tree times a day, has health care and free from discrimination. A world in which genuine democracy is applied, equal wealth share, justice and world in which there is no war is type of world I dream.

The most difficult problems that confront the world today are: war, drought, disease, human right crises and global warming. These major problems caused other related problems like; migration crises, infertility of land, famine, deforestation, and illiteracy. All these problems are mostly man made and caused by lack of accountability, lack of genuine democracy, selfishness and an attempt to control natural resources. War between different ethnic group, long time border conflict, drought and disease in Africa and Asia; war of systematic oil control and Palestine- Israel war in the Middle east; the human right crises in most part of the world are all the manifestation of lack of accountability, integrity and fair leadership.

To solve these century long problems, the global community should work on educating the society to raise the potential and effective leaders in the society from bottom to top positions. Community and country leaders should empower themselves with high quality leadership qualities. Societies should exercise democratic life and democratic power transmission. To do so, education is the key thing we never neglect and through education the society can meet their best needs. In addition, the developed nations should stop acting hypocritically and help to foster democracy and to stop human right crises. Democracy and human right should not be treated regarding their interest. If we believe that human rights are for every human being it should be approached regardless of ones advantage.

I was born to agro-pastoralist family in Arsi, Oromia region of Ethiopia. I am the second eldest in the family of eight. I am marred and have three children. A seven yeas old son and two daughters of six and four yeas old. After I finished my high school education I went to Robe Teachers college in Ethiopia and earned diploma in English language major and Afan Oromo (Oromo language) minor on July 8, 2006. Pursuing further education, I joined Adama Science and Technology university and graduated with B.ED. I have a Degree in English major and minor EDPM on September 27, 2011. I had been teaching in different junior and high schools in Ethiopia for many years till I went to Turkey in September 2013. After one year Turkish language course, I joined Istanbul Aydin University in 2014 and studied English language and literature for my MA until I came to USA on 25 June, 2016. Turkey is a beautiful country with diverse climate and known for its several tourist attraction cites like: Hagia Sophia: one of the best preserved ancient buildings in the world; the Cappadocia: underground cities built in the 6thc AD; the Topkapi palace and the Blue Mosque are among the famous highly visited places. Moreover, Turkey’s geographical location is very important that It has seen as the window to the east and the west. I came to USA to participate in The United Nations Boot Camp of the Humpty dumpty Institute. It was a week long discussion and visit with different key UN and USA officials in New York and Washington DC. Students from different universities around the world have involved in the program and it was a special moment in my life. I had got a chance to listen to and ask questions the high officials of the UN and the USA about how they jointly run their mission in the world. And how they over come the serious problems like a peace keeping missions. Alternately, I had got a certificate of completion of the program on 2nd of July 2016.

When I was teaching in Ethiopia, I used to lead “club of Oromo language and culture” which was one of several clubs in schools. The main objective of the club was fostering Oromo culture and working on Oromo literature which was kept unwritten for a century because of the repression, cultural and language dominance of the tyrannical governments that ruled Ethiopia before 1991. If I talk about my interest, I like visiting natural and historical areas. Though I don’t have any favorite team, I some times like to watch soccer. Reading is my hobby and George Orwell’s “Animal farm” first published on August 17, 1945 in England. The allegorical book on Russia revolution, and “Things fall apart” written by Chinua Achebe, post-colonial story in Nigeria are my favorite books.

My dream is to be a University teacher and my interest is to study public administration. Unfortunately, I hardly joined the department but, I think I will soon and my dreams come true by the will of God. I believe that, the only thing here in America to get your dreams perfect is to work hard and hard. It is also a good chance to meet you and I hope it will ease my way towards my goal.