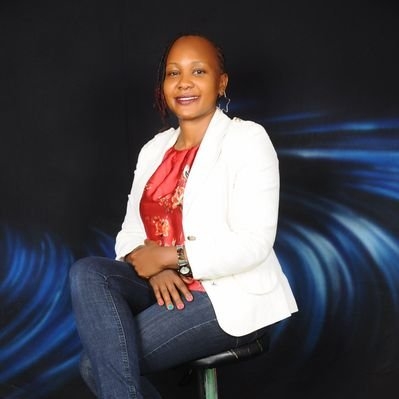 A world that works for everyone is one where people from different backgrounds are able to come together and understand each other, respect one another views and live in harmony. This world should give space to the different cultures, opinions and encourage one another to peruse what they believe in.

We have leaders who do not want to appreciate human rights and this ends up causing so many violations against the people they lead. The leaders of today have become so greedy they do not want to practice democracy and this ends up into conflict situations. In most African countries there is the issue of corruption amongst the leaders, every leader fights to ensure that he carries as much as he can while he is still in power and they do not care about the common man on the ground who is suffering. Oil is a curse in many countries.

I believe that the we can teach the young generation about to first of all appreciate human rights principles and also that people come from different backgrounds and we should appreciated them they way they are. We should also teach about democracy as well as accountability and transparency so that in the future they are able to hold their governments or leaders accountable for the lack of services or failed promises. We should also encourage the communities that we serve that resorting to violence has never solved any problem if anything it brings about problems so people should always learn to appreciate the root cause and discuss these issues before the problem escalates into violence.

I have been involved in development work for the last seven years and have had firsthand experience in training and raising awareness to both youth and adults in the area of human rights. I have been more involved in proving legal aid to vulnerable and marginalized people and ensuring that they are re presented in the courts of law and ensuring that their cases are concluded. Many of the people that I have provided legal assistance have been workers from the informal sector like teachers, domestic workers, farmers, members of the different trade unions, security guards, as well as retired district officials claiming their pensions from government. I am currently working with a local ngo that is promoting and protecting the rights of the Batwa community in south western Uganda. This is an ethnic minority group that was relocated by Government from the Bwindi impenetrable forest into the nearby community. They have not been fully integrated into the community and such face various forms of discrimination. I love working with disadvantaged communities because i learn so much from them and get a sense of satisfaction knowing that I was able to contribute to the change in their lives or provide a solution to the problem that they are facing.

As the head of the Legal team in my former employment I was in charge of running the legal aid project that ensured that the informal sector workers were represented in the courts of law. I was also in charge of a project on civil and political participation where we were educating people in the different localities about their civil and political rights and how they can participate in the political positions in their areas. I was also in charge of a project on sexual violence where we educated members of the community on the laws on sexual violence and when ad how to ensure that case is reported to the rightful authorities.

My goal in life is to sit on one of the United Nations committees that protect the rights of women and children so that o am able to give voice to the helpless women and children in this world whose voice is not heard. I love reading books when I get the chance to. So far I have read Zobra the Greek this was a literature book that I studied in my A- level and it was really captivating. I have also read Belle mafia as well the Davinci Code, Angels and Demons by Dan Brown. I love travelling and somehow I have been blessed to travel to Geneva where I attended the 3rd UN Forum on Minority rights. I have traveled to Mombasa, Daresalam, Zambia and Johannesburg where i attended workshops but also took time to see these places.

As A Man Thinketh
Jonathan Livingston Seagull
Keys to Success
Success through a Positive Mental Attitude
PsychoCybernetics
How to Win Friends and Influence People
Giant Steps
Real Magic
The New Dynamics of Winning
Unlimited Power
The Seven Habits of Highly Effective People
The Law of Attraction
Goals
Maximum Achievement
Nonverbal Communication
Goal Setting 101
Crucial Conversations
The Monk who Sold his Ferrari
This Child will be Great: Memoir of a Remarkable Life by Africa’s First Woman President by Ellen Johnson Sirleaf
The Leader who had No Title
Getting to Resolution: Turning Conflict into Collaboration
The Autobiography of Martin Luther King Jr.
5 Second Rule By Mel Robbins
The Power of Intention
Goal Mapping
360 Degree Leader: Developing your influence from Anywhere in the Organization
Living in the Light