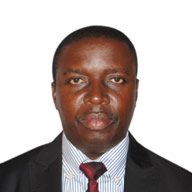 This world is a legacy from our common ancestors. For this reason, everyone must beneficiate from it equitably. However this equitability does not mean necessarily the equality in wealth. For me, justice must be founded on the same opportunities with, if necessary, a policy of positive discrimination for those who have been disfavored in the past time.

The biggest problems the world is facing today are the poverty and injustice in sharing the “world’s cake.” Poor people are suffering from lack of resources when rich people are suffering from excess. This kind of situation brings a feeling of injustice and revolts against the rich who are also obliged to use force to protect themselves against the poor people. If the poor thinks his situation could not improve without fighting against the rich and if the latter continues to protect himself by oppressing the poor, we are engaged in an eternal conflict between people themselves and between countries worldwide.

On my point of view, the first solution resides in the love of God, human beings and the nature. If we love God as the Creator of all things, we will certainly be afraid of offending Him. But to be complete, the love we have towards our Creator must be transferred also to His creatures. We have to love all human beings because they have been created in God’s image and to love the nature because without it the whole world would be condemned to disappear. The second solution must be found in the respect of others’ rights. It is true that if you love your neighbor with a true love you respect also his/her rights. But I think that even though you do not love him/her, the minimum that could be done is to respect his/her rights.

My name is Aloys Hakizimana, married to Veneranda Mukamuganga with five children and two grandchildren. I live in a small town named Muhanga in the Centre of Rwanda. I exercise a liberal profession as an advocate, representing and assisting people in courts and other needed domains. I am also a part-time lecturer in the Catholic Institute of Kabgayi, a local university where I lecture the following courses: introduction to law, human rights law, civil society and democracy and juridical aspects of land tenure in Rwanda.
I graduated from the National University of Rwanda in 1999 and got my bachelor degree (LLB) in Law. The Master’s degree (LLM) in Public International Law was obtained recently (December 2014) from a private university, Kigali Independent University ULK. The thesis completing my Master’s studies is titled “The applicability of the Privilege of Immunity in the Prosecution of International Crimes committed by African States Officials.”

Before starting my own business, I used to work as a legal advisor in a bank. I resigned from the job in 2008 for joining the Rwandan Bar Association. I swore in as an advocate on April 06th, 2010. I have been interested in assisting children in conflict with law during two successive years (2011 and 2012) in collaboration with the Rwandan Bar Association and the Ministry of Justice in Rwanda. I am one of the advocates recommended by the Unites States Embassy in Rwanda.

I am a deputy legal representative of a local Non-Governmental Organization (NGO) named AHAZAZA orientated in education of young children from the kindergarten to primary school. I am also a member of the NGO Catholic Institute of Kabgayi in which I lecture law as mentioned above.

In my daily life, I like to be with my family (wife and children) as often as possible. My eldest son is married and has two children. The two other sons have finished also their studies (Bachelor degree) and are now searching for jobs. The last two daughters are expected to finish their secondary school respectively in one and two years.

My mother who is now 79 years old lives at 50 kms far from my home. Even though I cannot visit her very often due to the impracticability of the road, I call her two times a week. She has her own cell phone. When she needs money, we send her it by a system named Mobile Money, Tigo Cash or Airtel Money developed by telecommunication companies (MTN, TIGO and AIRTEL). My brother and two sisters try also their best to take care of her and to bring her happiness since the death of my father in 1997.

I like reading news from internet and listening to the Voice of America as well as the BBC before the suspension of its Kinyarwanda programs. My other hobby is jogging in the morning. I do it three times a week and if I cannot go outside I have DVD on which I can follow and imitate physical exercises. This allows me to maintain a sound health and to succeed in my life. I intend to continue the carrier of advocate but I would like to be more orientated in the consultancy in different domains of Public International Law (human rights in general, but also women and children’s rights, international criminal law, refugee law.

One of my dreams is to offer a good education to my two daughters. I am planning with my wife to send them in a good university in USA, UK or France. We are now trying to save money for that project. We are also intending to visit friends in France and America, but we have encountered a problem of visas. Since the time we were refused visas to travel abroad (Europe) we decided to explore touristic parts of our country.

As A Man Thinketh
Jonathan Livingston Seagull
Success Through A Positive Mental Attitude
Keys To Success
The New Dynamics Of Winning
Giant Steps
Psycho-Cybernetics 2000
Real Magic
What To Say When You Talk To Yourself
Goal Setting 101
The Law of Attraction
Nonviolent Communication
Goal Mapping
The Power of Intention
Unlimited Power
Leadership for Dummies
Keys to Success
Real Magic
Giant Steps
The New Dynamics of Winning
How to Win Friends and Influence People
Leadership for Dummies
The Power of Failure: 27 ways to turn life’s setbacks into success
12 Hours to a Great Marriage
Creating Money: Attracting Abundance
Peace is the Way
The Essential GandhiLong
Walk to Freedom
The Autobiography of Martin Luther King, Jr.
Think and Grow Rich
Getting To Yes: Negotiating Agreement Without Giving In
Rich Dad, Poor Dad
You Just Don’t Understand: Women and Men in Conversation