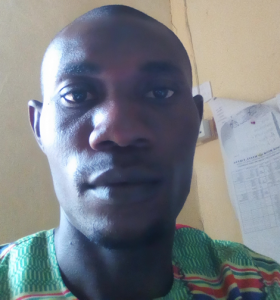 A world that works for everyone is difficult but achievable. Its might be difficult because everyone things and do things differently. Our environment, tradition and belief is not out. A vision that might work for everyone all over the world is what international institute for global leadership is doing. A system where group of people of like minds and interest deliberately agreed to be empowered (personal development) on leadership skills and techniques, where their true potentials for greatness will be discovered and harness for the purpose of positive change in their immediate community and the world at large. A system where both the leader an the lead have one drive, purpose and direction all over the world with the quest to live in peace and harmony no matter their differences is possible when both are trained to do so. A system where chaos, crisis, war and religious are eschew, is the ideal system that would work for everyone in the world.

The most pressing problems facing the world are enormous and can not be over emphasized. Every region has its peculiar problem, this make it difficult to say some are more pressing than the others. Anything either natural or man made that makes life difficult can be said to be a problem; regardless of its degree of adversity on the human race or the environment. The problems facing the world are as follows: natural disaster, political crisis, economic instability, terrorism, disease, religious difference and pollution to mention but few. I shall be particular about my country and region, as i would not be correct about other regions. Speaking of my country, the most pressing problem militating against the world is terrorism. Terrorism is a form of psychological manipulation through warfare to the purpose of deliberately creating a climate of fear amongst the inhabitant of a specific geographical region. From the definition of terrorism you will agree with me that terrorism enshrined all other pressing problems that is facing the world. Some of the natural disasters are caused by terrorist attack. Therefore no problems could be most pressing than terrorism, which creates a climate of fear, wanton destruction of lives and properties, rape, kidnapping, civil unrest, halting of economic and social activities and religious differences.

How do I feel these problems can be resolved is as follows. From the definition of problem: its any difficulties that can be resolved or dealt with. Every problems has got it solution. Therefore, how to solve terrorism is not far-fetched. Terrorism is a deliberate act to achieve a selfish end. the terrorist are taught, persuaded and bewitched to believe and justify their actions. Their minds polluted and conjure to see their barbaric act as good, acceptable, worthy of emulation and promised better life after death. They are bewildered to believe that they are doing the work of a deity. Those ideas and messages transformed them into beast, robot and killing machines. However, since the damage is to the mind, the resolution to this problem should start from the mind. No matter how fierce and heartless a terrorist might be, he still got some decency in him. That part of every human that is tender and loving, that part, that sympathizes and want to see people happy. when that human in them is been appealed to redefine and disabuse from those fallacy, belief and ideas that were taught to embrace the positive use of their minds and potentials to the betterment of the society and the world at large, it will go a long way to solving the problem. Most of the terrorist in the North-Eastern part of Nigeria (Boko Haram) are not educated, which made it easier for them to hate the western education and culture. In conclusion I believe strongly that education in my opinion remain the best way in resolving this menace terrorism. To be more powerful in life, is to be educated.

My name is Ajunwa Simon John a native of Otukpa Ogadibo local government area of Benue state Nigeria. They are three major t languages in the state. The Idoma, Tiv and the Igede.The Idoma which is my language is the second majority while Igede is the least with two local government area out of the total of 23. The Idoma has 9 local government while the remaining 11 belong to the Tivs. The Idoma people are known for their farming and fishing as their occupation. They also hunt occasionally. The Idoma people have a deity known as the “Alekwu” who is believed to watch, guard and protect the people. I am 33years old and single from a polygamous family. My father married my mother after the death of my step mother. I have 11 siblings, 5 males and 7 females am inclusive. I am the 7th child of my father and the 2nd of my mother. Among my siblings, 4 females are married and 2 males. One of my younger brother is blind though not born blind. he lost his sight to accident. I am a graduate of mechanical engineering technology from the federal polytechnic Zamfara state. I am 1.75 meters tall slim and dark in completion. I am smart and hardworking. I was born and raised at Kaduna state of Nigeria. I presently reside at NO. AD 4 Chikun street Nassarawa Kaduna south with my immediate younger brother. I am a Christian; a Catholic. I am a chorister in my local assembly. I also play the organ at the mass. I work as a mathematics and further mathematics teacher with Jamal school kaduna. More so am a computer literate, I have knowledge of Microsoft word, hardware and software maintenance. I also farm. I sound like Jack of all trade,no! As for the farming its for commercial purpose i contract it supervise and pay for the labor. My hobbies include reading, playing of football and music. My most preferred color is white and I like most Nigerian food. I am phlegmatic and love children. My vision and desire is to become a philantropist, where I will assist people not only with my leadership knowledge but also making their lives better.

During my national youth service Corp at Borno state 2013–2014 when the terrorist attack was at its peak. I organized a personal community development project, where I organized an inter-senior secondary school mathematics quiz competition with the aim to encourage the student interests on the subject and to disabuse their mind from the false ideas and believe they have about the western education. In that light I received the state chairmans award which was a plus to my achievement and a way of saying you can do more. I also organized a training program for the women in a particular community on how to learn beads making. The insurgency paralyzed most of the economic activities they by making almost all the women in that community idle and non productive economic wise. I was about making head way with the help of two of my fellow Corp members females who have wealth of knowledge in the trade, unfortunately the project could not see the light of the day, when the same insurgent intensified their attack which brought total collapse to movement, social, economic activities even religious activities was not left out. Gathering of the women became a problem, the women could not come for the training and that lead to the end of the program. we could not continue until our service was over. When they is a will they is a way. I look forward to participating in the study program so as to change my community positively with the knowledge gain.