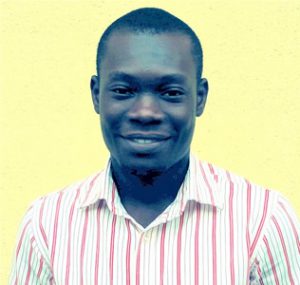 ‎Please describe your vision of a world that works for everyone.

The world is a place with different kinds of people in it. A world that works for everyone therefore would involve the immediate environment, in other words “Niche” which would discuss the functions and things any individual is involved in, in his/her immediate surrounding. A world that works for everyone would bring fulfillment. It would be a world where even with complaints because human wants are unlimited, individuals would find a sense of commitment and would have his/her basic needs. This would lead to world peace and development

The dictionary definition of the word “problem” as a source of difficulty, discomfort or fear. It is a commonly used word with different context. However; the world with the total population present therein have diverse problems relative to the prevailing moral, cultural, economic, and even social condition of that area. Some problems are anyway general globally, and some I will mention. Ignorance is an important tool which most individuals are suffering from. So many people perish for lack of knowledge and significant punishment comes with this, due to the fact that no one can be blamed for another’s ignorance. Another serious problem is Poverty; half the world’s population are suffering from lack of food and basic amenities which leads to several disease outbreaks and poor health conditions which is evident in mal nourished individuals worldwide.

“Ignorance” according to the free online Dictionary is a lack of knowledge or Education. This is a reason for several shattered dreams. Every Homosapien has a dream, but only those who can go about the necessary procedure to attaining their dreams get fulfillment in this regard. It is therefore necessary for individuals to be empowered with skills through education of whatever kind. The prevailing government, NGOs and corporate organizations should devise several ways of educating youths, which can be through skills acquisition or free education with adequate facilities of good standard. This will create jobs, lead to a high standard of competition among youth eventually leading to growth and development, it will also reduce violence all around and ultimately poverty will also be reduced drastically. It should be noted that ignorance cuts across several areas of life, which include; Religion, Socio-economic, Health, Politics, etc and the right information relative to these areas will help bring peace in all.

Born in November 1991, into the family of Joshua and Comfort Ahmodu; I am a young Nigerian, born with the zeal and courage to help in the needs of people around me, surprisingly I discovered a part of the things I enjoy doing is helping people around me when I can. Born into a family of four in Erin Ile, a town in Oyun local government area of Kwara State, Nigeria, where I emerged 3rd, I’m the second male out of three.

Greener pastures saw my Dad leave that town for Edo state, and this was the bed rock of my education. Dad decided to take us along with him to improve on our educational standard which he did. Therefore, my primary school education started in Nonpareil Group of Schools, which was a private school close to the house, where we were under supervision from Dad and assignments were not taken lightly by him. Financial problem made me remain in that school for my secondary school Education. According to him, he bought me a form in a boarding school which he didn’t have the cash to pay their fees. This commenced in 2003 and rounded off in 2008. I was the health and senior prefect in my Primary and Secondary respectively in 2002 and 2007 respectively. I also took First position in Aiyeola Adeola essay competition in 2007 in Edo state, where we wrote on the effect of drug abuse and illicit trafficking in Nigeria. I was also the best student in my class in the year 2007 during the annual Graduation ceremony.

I was then admitted into the University as stated above where I studied as above and graduate with a Second Class Upper Division in 2013. I have always had strong passion for work and success and after graduation, I voluntarily decided to work without pay in a poultry farm with the aim of learning the concept of poultry farming before the beginning of my Service year.

The drive that I also have my success made me notice a friend and colleague who was also serving in Oyo state where I served, his name was Michael and we were in the same group for a debate which he led and made me the chief speaker of the group. After our presentation that day, he told me he saw a great potential in me and asked me to join a leadership course to improve and build myself better, and he gave me the link which I have followed to register.

I have the goal of becoming a well known name and force in Botany and I have also been admitted for a Masters Degree course back in my school. I derive pleasure in travelling, writing, meeting people and helping people solve their problems.

The zeal for success through hard-work and commitment has led me here and I am sure I will be nurtured into a force to reckon with as a leader in any position I am found in the nearest future.