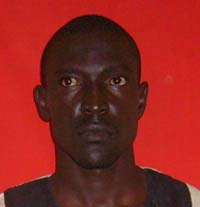 Please describe your vision of a world that works for everyone?
The vision of the world that can work for everyone is when there is free market, respect for everyone where ever you come from and who you are, what colour of skin you have or in which continent you belong. The bad thing with the develop countries are they are not interesting in developing the citizens of the poor countries, what is suppose to happen is that, the develop countries has to develop the poor countries especially in the field of green oil (agriculture) to enable them stand on their selves rather than clinging somewhere. Encouragement of the spirit of self reliance is a priority.

What do you see as the most pressing problems facing the world today?
The most pressing problems facing the world today is the terrorism and the power transfer from western world. the issue of poverty is also another issues which it gives breathing space the extremist main Islamic fundamentals to topple or weaken the economic position of the super powers through creating insecurity environment which most of the human being are against and all investors will run away to avoid losses of their monies power transfer from west to East is another problem e.g. the concentration or creation of Dubai as business point in the East created economic gab in the western world, because now most of the western world companies are enormously transferring themselves to Eastern world because of cheap labour. The other thing is the coming out of countries in the East technological which minimize the need of going to west. The other issue is the climatic change which is the result of industrialization of the developed countries economic sustainability. And the other issue is the financial crisis which is the result of the political/social/economic imbalances.

How do you feel these problems could best be solved?
The feel that I have for the above problems are best to be solved equitably treatment of human being regardless of your race e.g. especially the issue of the terrorism; it has to be address by identifying the root causes of why terrorism exists. if it is because of Islamic mentality of preaching or western domination to world’s politics then the parties involves have to be invited for the erasing the ideological perception of the wrong concept of human killing and substituting it with the culture of tolerance and peace and also the absorption of the spirit of dialogue which heal so many wounds and problems. the issue of poverty is easily address, the reason why I say this is because, it is by capacity – build the poor on how to generate or to be self- independent is the main issue of conflict and its need intensive focus and commitment for the eradication of the poverty because when we go back to millennium development goals few state were able to implement them in fear of poverty but others not because of degree of dependency.

Profile
My personal interest and dreams is that, I would like to be an icon of peace and to see that the world is a safer place where every human being is entitle for life and has that right of going anywhere in the globe without any threatening. I am dreaming that I have to see that the world is one village and I have to part of it. In life I would like to be progressive at all aspect, for example in peace building in my community and the world as whole. I would like to make history in life which contributes human development and integration. I like travelling where ever it is necessary because interaction is very good element in the society and meeting different cultures and people abroad is very important. The books I like are mostly speeches of our greatest leaders, political books, magazines and historical books and I like war movies and the romantic one. the special project I participated in are the training of women can do it program and the program of HIV/AIDs with the SPLM Munuki youth and I am the project manager and also I handled the project of violence against women which we conducted a number of workshop in different area in central Equatoria state where women are so delightful about the workshops. In our family am the second last we are seven from one mother one father and we lost our first born in 2008, am engage to lawyer which soon we will get marriage. So in future this is a type of family where justice is the business of the day and I hope through exerted effort, God together with you will help me to achieve it.