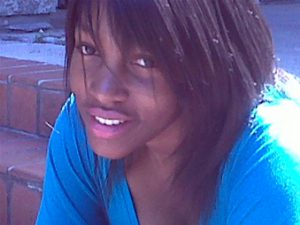 My vision of a world that works for everyone has to be one in which equal opportunities are handed to every single individual. Particularly the idea of education. It is from education that people can gain knowledge and skills that can emancipate them from positions of bondage and poverty. It is also from education that people gain a certain respect for themselves and tolerance for one another, be it cultural difference and religious beliefs amongst many others.

The most pressing problems facing the world today include the following; poverty, crime, poor service delivery, HIV and AIDS and religious intolerance. Poverty is found in everywhere in the world, but is most prevalent in my home continent, Africa. Insufficiency means most people don’t have access to basics like to food, education, shelter and health care. Some of the frustration that comes with lacking these necessities is reflected by crime. There is poor service delivery in the sense that some governments can’t provide proper sanitary conditions for the general population such as clean water. Service delivery also includes health care; infant mortality rates, combating HIV and AIDS which is undoubtedly a major crises in the world today. Religious and culture intolerance is also a prevalent problem that is not widely addressed. I derive this from case studies in Africa and the Middle East.

I believe that all these problems facing the world can be confronted and solved by good governance. Good governance would entail having diligent, honest, steadfast and genuinely concerned leaders that put their first. If we have leaders that have a common character, then they can come together and work together peacefully to tackle the issues that need to be addressed. Another way in which these issues can be addresses is by getting rid of corruption and dedicating sufficient resources, that is manpower and funds to the most urgent matters at hand.

I am a Zimbabwean female aged 22. I come from a fairly big family. I am the fourth child out of five. I have two brothers and two sisters. I live with my mother in Zimbabwe and my Father works and stays in South Africa. I recently graduated from the University of Cape Town (Cape Town, South Africa) with a Bachelor of Social Science in Politics and Sociology. I am currently an Administrative and Marketing Intern at a Non-Governmental Organization called With Love Foundation (Harare, Zimbabwe). I intend on furthering my education within the next two years. I want to study an Honors Degree in Development Studies and eventually study a Masters in Communications in the next 2-3years. My career ambitions include becoming a development strategist and eventually become a politician. I also want to be involved in a lot of charity work.

I have been exposed to leadership positions from an early age. In 2003, when I was 12 years old and in my final of grade school at Stanley Primary School in Gweru, Zimbabwe, I was given the opportunity to a Dorm Leader in hostel. In addition to that, I was made the Vice Captain of the school hockey team. When I was 16, I was appointed the Project Manager for a Christian organization called Young Christian Students (YCS, Regina Mundi High School, Gweru, Zimbabwe). When I was in my final year in senior school at Midlands Christian College in Gweru, Zimbabwe, I was chosen to be a Steward as the Head of the Guest Relations committee. During my second year at the University of Cape Town, I was selected to be a cluster representative.

I have had the privilege of participating in a number of charity initiatives in high school and via the organization I work for. In high school, under Young Christian Students and voluntarily, I would participate in projects that involved building toilets amongst some other infrastructure for the less privileged. This would go on during the first week of one school holiday from 2004-2007. The organization I work for, With Love Foundation facilitates a soup kitchen every Tuesday and a skills workshop every Thursday and I take part in that.

I enjoy writing poetry and songwriting. I also enjoy taking part in charity work, that is helping the less privileged within the less fortunate communities. I enjoy playing chess. I played at the Zimbabwe National Chess Tournament in 2007. I love watching movies and series. I am a huge soccer fan and a supporter of Manchester United. I played sport in high school. I was on the first team for softball and basketball. My favorite movie is A Walk To Remember and my favorite series is Cougar Town. I love music a lot and that ranges from traditional to modern contemporary music. I enjoy reading newspapers and books every so often. My favorite books are The Prince by Machiavelli, which I have just finished reading. I also love and appreciate Francis Deng’s Identity, Diversity and Constitutionalism in Africa. In addition to that, I thoroughly enjoyed a read of Anthills of the Savannah by Chinua Achebe.