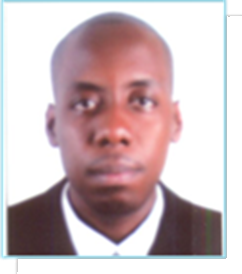 In my opinion, a world that works for everyone is a world where “equality” is the key of the development or the center of the society or the priority of the politic strategies of the different governments of the world. I dream a world with peace, a world that gives priority to justice, education and health.
•
What do you see as the most pressing problems facing the world today?

For me, the most pressing problems the world is facing today are various… Among which are poverty, injustice, discrimination, violence, hunger, famine, terrorism, war, health problems, child exploitation, economy, environment pollution and others… Poverty is considered like one of the most serious problems in the worldwide, it’s the deprivation of food, shelter, money and clothing that occurs when people cannot satisfy their basic needs, it’s like a barrier to everyday life. Injustice is when someone abuses of others depriving him of his rights. Discrimination is the prejudicial or distinguishing treatment of an individual based on his or her membership or perceived membership in a certain group category or his skin color, race, religion and more. Child exploitation refers to the employment of children in any work that deprives children of their childhood.

I think the best way to resolve the most pressing problems which the world is facing to is be aware of these problems. We have to determinate the severity of them. Educate people is the first step to try to fight against different problems of the world. Implement international and multicultural educational programs in the countries, as well as programs of study abroad at all levels of the education system (primary, secondary and tertiary), increasingly are training students to be “global citizens”. Teaching moral values that represent the key to create a world without injustice, a society without discrimination, without violence, a world whose foundations are based on equality and peace.

I am Johnson MOMPOINT. I am 25 years old. I was born in Haiti. I am 190 lbs and 6”. I am Catholic. I did my whole studies in my country and I left Haiti in 2005 to Dominican Republic, Santiago to start my studies in Medicine. I learned Spanish at ISLA during 4 months and in January 2006 I started my career in Medicine at Pontificia Universidad Catolica Madre y Maestra. After six years, I received my certicate like Doctor in Medicine in a graduation ceremony at January 28, 2012. I had participated in a community and family medicine project at the university that lasted a year. It consisted to visit the habitants of a specific community to inform them about some disease prevention, cancer prevention, sexual transmission diseases prevention, child vaccination… Other project in which I participated is my dissertation for my PhD in Medicine: “Knowledge, Practices and Exposure to environmental smoke snuff in pregnant women attending antenatal care in the Hospital Regional Universitario Jose Maria Cabral y Baez during the period July – October 2011.”

I am the oldest child of my family. I have a brother and a sister, they are twins. I am fatherless and my mother is still alive but she is sick of kidney diseases that require hemodialysis program. I have so much uncles, aunts and cousins… I do not have son yet and I am not married for right now but I hope to have my own family with two sons.
My personal interests in life are to serve people especially my community. My very big goal is to create a foundation (Saint Joseph et Notre-Dame Foundation in honour to my two classic schools: Ecole Saint- Joseph and College Notre-Dame du Perpétuel Secours des Prêtres Religieux de Sainte-Croix). This will be a foundation that will works in education and health domains. It will consist of a school (Collège Sainte-Croix) and an hospital (Coeur-Sacré de Jésus Hospital).

I hope to be an excellent doctor with Christian, ethical, social, moral and human values. I want practice my profession with love, integrity, humanism, respect, generosity, humility, compassion of my patients, skill, deep and update knowledge and constant medical science.
I want to travel to Africa to visit his beautiful monuments, for exploring his nature, his environment, to discover the customs people. Africa is the land of my father’s country and I have so much African friends. African people are my blood brothers.
My favourite books are The Holy Bible and medicine books (Harrison Principles Internal Medicine ), cardiology books and more… My favourite shows on TV are Dr. House, Scrubs, Grey’s Anatomy, Dr. G, Women’s Doc, Oprah show and others… My favourite movies are Lorenzo’s oil, La Amistad, Le pianiste and others… Lorenzo’s oil is a very emotional film that addresses the full range of values and intelligence emphasizing mainly to the heart of a great family father. This is the true story of Lorenzo Odone, their parents and their struggle against a very strong disease, adrenoleukodystrophy (ALD). The disease attacks the brain, fat tissue is destroyed which constitutes the insulating nerves. Le pianiste is a movie that explains the injustice done to the Jews from the Germans. In 1939, Nazi Germany invaded Poland, causing the outbreak of the Second World War. In Warsaw, the Jews were forced to cram into a ghetto.

The pianist Wladyslaw Szpilman is no exception, with his family painfully enduring the cruel bullying German soldiers. Soon, operations deportation to concentration camps began. Wladyslaw part of the next convoy, but when boarding the train, a Jewish policeman allows him to escape, while the rest of his family up in the car. Through friends Polish pianist manages to survive hidden in the ghetto. But almost at the end of the war, he was discovered by a German officer. This however leaves her life saved after hearing him play. La Amistad is a film based on the true story of a group of African slaves found by the U.S. Coast Guard aboard the schooner La Amistad Spanish flag near Long Island in July 1839. The film runs from that date until the year 1842, these slaves are declared innocent and are given the option of staying in the U.S. as free citizens or return to their country.