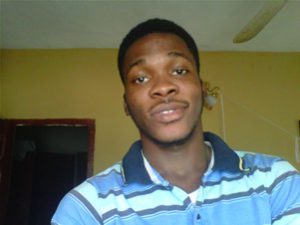 My vision of a world that works for everyone would entail a world where leaders are honest and accountable, a world where mutual respect, quality education, integrity, freedom and equal opportunity are acceptable norms, a world free from extreme poverty, exploitation, corruption, religious and political conflict, gender discrimination, racism, ethnicity and tribalism. I believe a world where collective good is prioritized over selfish private gain will work for everyone.

I believe many of the world’s problems are pressing and require immediate attention. However, poverty, exploitation, illiteracy in many parts of the world, corruption, terrorism, political conflict and conflict caused by ethnicity and racism are the problems I find most pressing.

These problems are obviously intertwined, in the sense that one or two of them have led to the other. For instance, political and religious conflicts are the forces driving and encouraging the acts of terrorism in many parts of the world. Similarly, many individuals are illiterate because they are poor and cannot afford to educate themselves. The result is an unsafe world where inequality and unfair class distinction have become almost acceptable.

The institutions of this world must be reassessed, in order to begin to solve these problems. Political institutions such as the judiciary, legislature and executive must become transparent and genuinely accountable. The laws of different countries must be supreme; no individual should be above the law.

Corruption must be removed from leadership institutions. This will ensure that individuals have only corrupt free leaders to model their lives and aspirations after.

Poverty and illiteracy will be eradicated if the world’s resources are evenly distributed among individuals and places. The wealthy and affluent must desist from exploitation and instead, join in ensuring that individuals ravaged with poverty and disease get immediate assistance in terms of finance and opportunity.

Mutual respect must become part of every religion, race and ethnic group. Religious and political leaders can help in educating their followers on the benefits of love and peaceful coexistence. Individuals must be educated on how conflicts should only be settled privately or in the law courts without any form of violence.

I am certain that with committed and genuine efforts by the world’s leaders and citizenry these problems will be solved.

I was born in Kaduna, Nigeria, in 1993. My family moved to Lagos when I was eight years old. I began and completed my primary school education in Bamaka International Nursery and Primary School, Lagos, Nigeria in 2003. I then attended the Air Force Comprehensive School in Ibadan, Nigeria, where I completed my secondary school education in 2009. From there, I gained admission into the University of Ibadan, Nigeria to study Economics in 2010. I am currently in my third year.

I am greatly interested by the dynamics of microeconomics and global financial institutions. Hence, I spend quality time reading on microeconomic behavior and financial markets. Over time, I have also developed a strong interest in literature; I am especially interested in prose and poetry. I have read many novels, poems and collection of short stories (especially African). My favorite books include Chinua Achebe’s A Man of the People, Maik Nwosu’s Alpha Song, Malorie Blackman’s Noughts and Crosses, Toni Kan’s Nights of the Creaking Bed, Frederick Douglas’ The Narrative of the Life of Frederick Douglas, Frank McCourt’s Angela’s Ashes, and Chukwuemeka Ike’s Toads for Supper. I have also written a few unpublished poems, some of which include: Regret That Comes with Youth, Scars That Make Us More Beautiful, Sin Is Infectious, and Staying Alone Today.

My goal is to become relevant and successful in the field of finance and economics. I aim to use welfare economics as a tool for solving the economic and financial problems of poverty, inequality and exploitation around me. I also dream of becoming a writer and an avid contributor to global literature. I dream of gaining global recognition and winning international awards in both economics and literature.

I have embarked on a number of leadership projects. I was appointed the Health Prefect and Class governor in my secondary school. I currently hold a tutorship position in The Faculty of the Social Sciences in the University of Ibadan. I was chosen to represent my university in the Etisalat Annual Inter University Debate Competition. I have also participated in a number of leadership training workshops and seminars.

I lost my father when I was seven years old, so I live with my single mother and only sister. Like me, both my mother and sister were born in Nigeria. My mother has a PhD in literature in English, while my sister has a degree in Communications and Language Arts.