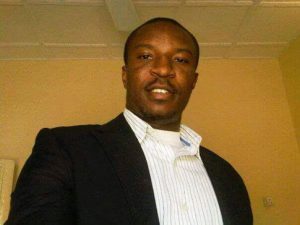 I see a world of self-aware and awakened individuals who understand that every individual has as much right to contribute his/her own quota to the betterment of all. A world where hatred and lack of tolerance is a thing of the past. A world where leadership is about service and not about being served. A world free from conformity but governed by universal principles of love, equity and service.

The most pressing problem facing the world today in my opinion is that of intolerance. This is because majority of all the other issues like terrorism, war and other social vices are effects of a wide spread lack of tolerance. We as a people have been sold various philosophies about religion, spirituality, leadership, and love which all claim to be the ultimate. Thereby making anybody with a contrary opinion or belief an enemy rather than just someone that sees the world from a different perspective. I believe that with a greater awareness which arises from personal growth, man will begin to see a whole new picture and we will have a world where people with different creeds, and ideologies can coexist in love and understanding.

These problems will only be solved when man learns to overcome his “spiritual and intellectual infancy” and dares to understand the ideologies of various groups that we must coexist with. This will go a long way in reducing the intolerance, which is the root cause of all the negativity we see in our world today. It is also my earnest belief that youths the world over must learn to rely on universal principles in all that we do, so that it becomes more difficult for people to use self-serving dogma as weapons to foment chaos and terrorism. To achieve this, a new kind of leadership which is selfless and accommodating must also be championed and embraced by all people everywhere.

I am the third child in a family of five children, but the first of two boys. I was born and raised in Jos, Plateau state which is located in the North-central part of Nigeria, though Imo is my state of origin. At a very early age my mum who is a teacher, started encouraging my younger brother and me to read story books and then afterwards narrate the stories to her, so naturally reading became one of my hobbies but now it has evolve to a way of life ( I rarely go anywhere without a book). Some of the books that have made the biggest impact in terms of forming my vision of life are: Unlimited Power by Anthony Robbins, As a Man Thinketh by James Allen, Eight pillars of prosperity by James Allen, Self-reliance by Ralph Waldo Emerson, Creative Mind by Ernest Holmes, Wake up and Live by Dorothea Brande, The Alchemist by Paulo Coelho, The Richest man in Babylon by George Clason and Outwitting the devil by Napoleon Hill.

I also love singing and listening to various genres of music but I’m more inclined to music that has a good message and not just the best rhythm. Another love of my life is soccer. I have played soccer for as far back as I can remember and I still do today. In fact one of my biggest life goals is to remain fit and healthy enough to play soccer with my grandchildren in their teenage years. Consequently, I have begun a fitness and diet regimen that I believe will help me achieve that goal. I am married to a beautiful and amazing wife and we have been blessed with the most precious baby girl in the world.

I have dreams of travelling to every continent at least once in my lifetime, to interact with and learn from people of other cultures and affiliations. I studied Electrical Electronics Engineering in school and I am currently working as an engineer in the telecom industry, however I believe that my future lies in human capital development. I derive the most joy from helping people see that we all have greater potential than we are currently exhibiting and that’s why I’m committed to developing myself to enable me achieve my potential while helping others to do the same.

I am not a lover of movies (though I watch a few) but my favorite movie of all time is The Matrix by Keanu Reeves and Laurence Fishburne, because I believe it depicts somewhat the state of “unconscious living” that is rampant in our world today. Ralph Smedley, the late founder of Toastmaster’s International (of which I am a member) defined leadership as: “The capacity to look ahead, think ahead, plan ahead and then influence other people to go ahead on the plan.” I am on the quest to acquire that leadership ability and I am confident that IIGL will contribute immensely to the actualization of my quest.