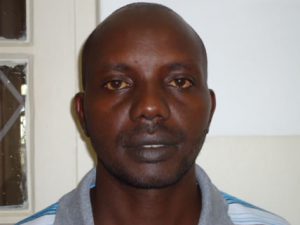 My vision of a world that works for everyone is where each and everyone are treated equally without any form of prejudice based on race, color of the skin or gender. We’re all created in the image of God. A world where there is equal distribution of resources and access to social services like medical services, safe and clean water, electricity and education. A world where peace and justice, law and order prevails and citizens are empowered to participate fully in the development process of their community or nation without fear or being certain of tomorrow. A world where every one in any position of leadership whether political, religious, business are accountable to the people they lead and are there to serve but not to be served.

The most pressing problems facing the world today is lack of transformational or servant leadership. As saying, “everything rises and falls on leadership,” majority of leaders we have today especially in the third world countries are self-seeking, power hungry, corrupt and that is why there are endless civil wars, shedding of innocent blood like what the world is witnessing now in South Sudan, DRC, Central Republic. In my view, the root cause of all the problems we’re facing today is large due leadership crisis we have.

These problems could be solved through first of all changing the mindset of our young people especially those vying for any position of leadership. Many of our people especially in Uganda have the mentality that in order for one to win any election, voters must be bribed through simple stuff like salt, soap, sugar. Even a primary pupil would ask their parents to be given money to buy sweets, juice to bribe fellow kids for votes.– and you find those are the people who win elections. And what do you expect some one who has spent all his/her money bribing electorate to do when he takes up that office? Of course to plunder all the resources he can lay his/her hands on. And those are the kinds of leaders we have today. We need to change this and that is why I appreciate the work International Institute For Global leadership is doing. This is the way to go.

I also feel we need to actively participate in the electoral process in our respective countries; it is common for us elite to shy away from such important and critical mandate and leave the politicians to manipulate the masses especially in the country side. We need to rise up and encourage and empower our people to vote for leaders of integrity and are there to serve but not to be served. We need to start engaging families, communities and schools on the importance of servant leadership and that leadership is all about service, integrity and accountability first to God and fellow man.

I am called David Mwesigwa married with four biological children plus five others that I do take careI’ve been involved with Cornerstone in different capacities/roles for many years. I was involved in the start up of Cornerstone Leadership Academy for Girls where my wife Sarah is the Head teacher now, Cornerstone Development Rwanda and Tanzania.

I also initiated a saving and credit group called Jakana Community Co-Operative Savings And Credit Society Limited (SACCO) where Cornerstone Leadership Academy For Girls is situated with the aim of encouraging our community to learn and appreciate the culture of saving and access credit services at affordable interest rates that will help them engage in income-generating activities for better and improved standards of living – and as a way of creating unity among our community and uplifting their financial standards through savings and credit. The vision of Jakana Community SACCO Limited is to be a reliable and honest Co-operative Financial Institution that will foster social and economic development of the community in Buwambo and beyond. The membership is now over 200 and many more are joining. Many people in and around Jakana, Matugga township and beyond have benefited a lot through credit services extended to them by Jakana SACCO.

I also initiated an initiative called AF Friend In Need International in 2008 with the aim of reaching out to Buwambo Primary school kids in our neighborhood where Cornerstone Leadership Academy For Girls is situated with provision of food, and other basic personal necessities like books, pens and sanitary pads to girls.
This is school is under universal primary education (UPE) which is one of the Government of Uganda’s main policy tools for achieving poverty reduction and human development.

Under the UPE program, the Government of Uganda abolished all tuition fees and Parents and Teachers Association charges for primary education. Following its introduction, gross enrolment in primary school increased from 3.1 million in 1996 to 7.6 million in 2003. This amounts to an increase of 145% (4.5 million children), compared to an increase of 39% (0.9 million children) between 1986 and 1996.
However despite all the efforts by the government and development partners to make education accessible by all, lack of meals, scholastic materials, clothing and other basic necessities has remained a big challenge and as a result there have been reported cases of poor concentration in class, irregular attendance, high dropout rates, and theft by children and sexual abuse of girls in an attempt to get what to eat. Pupils walk long distances to and fro School barefooted.
God has been faithful and through the support of our friends and well-wishers these 400 plus kids are able at least to get now a cup of porridge with sugar. Though this seems to be a like a drop in the ocean but at least now kids are able to stay in school the whole day and the enrollment has increased now. I love traveling, making new friends and reading books especially on leadership.