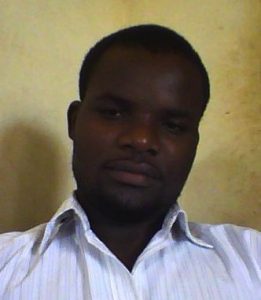 A perfect world would be the one with interconnected leaders. These would be the leaders who have the skill to lead and know how to communicate effectively with those under them. I think a leader with servanthood attitude is likely to succeed and the success of a leader means the confidence of the subordinates and success of the same

There are a number of problems the world is facing today. They include: Power struggle, Climate change and/ global warming, Economic crises, Increasing energy demand and shortfall, Drug smuggling and money laundering, Population increase, Poverty, Diseases

These problems may be stand alone or one problem may be accelerated due to one or two of the factors above. Some of the problems originated from poor decisions made by leaders or passing of legislations that have impacted badly on the lives of people and the environment.

The above problems may be tackled in several ways. Firstly, it may need the commitment of those leading as they are the ones making decisions on behalf of the people. It may also need a sound judgment of the nature of the problem at hand. Secondly, transparency and accountability would also be needed on the part of our leaders. They need to explain to ray people what is going on and what has caused what. Thirdly, our leaders need to have a human heart in putting the interest of the people first than theirs. For example, effects of population increase may be seen in current increase in demands for energy, creation of new settlements in the process clearing the environment and hence causing or aiding climate change, overcrowding which has accelerated the disease transmission and in the process diverting the already scarce resources to drug development and caring the sick .This denies developments and well-being of other members of the community the chance for sustenance leading to poverty as resources are diverted.

My name is Cosmas Jimson. I am a Malawian and my home district is Nsanje. I am a Sena by tribe. I started my tertiary education in the year 2007 at a local college called Malawi College of Accountancy. I studied for a local qualification with a local examination body Public Accountants Examination Council and graduated with Diploma in Accounting. Currently, I am studying at Chancellor College, a constituent college of the University of Malawi. I am expecting to graduate with a Bachelor’s degree in Education (Science). I am from a family of five, three boys and two girls and I am the first born. I have been engaged with different leadership roles from as early as 12years up to now. These leadership positions include being a chairperson and treasurer of the choir at school. I attended a project management course which was hosted by Catholic Commission for Justice and Peace (CCJP). I like leading novels and my favorite novel is by Robert Ludlum titled Prometheus Deception. I have not travelled out of my country but I know many exciting places in my country to which I have been before. I also like watching soccer and movies. Currently, my best movie so far is “For Colored Girls.” I play hockey very much and I like the game so much.