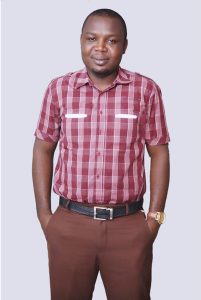 My vision of a world that works for everyone is a world where individuals are enlighten to the point of recognising that no one has an absolute monopoly of knowledge. This world must recognise, accommodate, tolerate, and appreciate divergent ideologies; no matter how bizarre they are. This world must find effective ways of harnessing the resources within its grasp for the betterment of its inhabitants.

The most pressing problems facing the world today are: terrorism: the scourge of this menace has reached every continent of the world and its devastating activities are on an upward trajectory. Ranging from the Boko Haram and Al Shabal ravaging the west and east Africa respectively to Isis terrorising Middle East, Europe and America. The situation is exacerbated by the political instability in countries such as Syria and Libya which has resulted in influx of immigrants in European countries and America. Disease: ailment is also one of the most pressing problems facing the world. According to world health organisation (who), sickness such as heart disease and stroke resulted in about 56.4 million deaths worldwide in 2015 alone. Cancer (trachea, bronchus, breast), diabetes, dementias, tuberculosis, diarrhoeal, malarial (especially in tropical countries) also claim lives in millions annually. Other pressing problems in the world today include illiteracy, poverty, global warming, isolationism etc.

The following ideas are how I think these pressing problems could be solved:

Increased cooperation among nations of the world. it is no longer secret that the increase in terrorism is as a result of failed governance in certain countries which now serve as breeding camps for these groups. so to effectively exterminate these groups, the united nation and major players in global politics like the G7, China and Russia must learn to set aside their individual interest and tackle this menace holistically. Efforts must be made swiftly towards restoring peace to Syria and Libya. Also, countries suspected to be sponsoring these groups must be properly sanctioned. More funds should be invested into medical researches instead of the military. Bigger donation should be made to less developed countries where majority of these deaths happen towards alleviating standard of living by providing more clinics, portable water, and affordable drugs. Deals such as the Paris deal should be honored and encouraged. Isolationism should be discouraged because we are stronger together.

My name is Attah Isaac Chekwube, the first child in a family of five. I had my primary and secondary school education at Ziks avenue primary school and College of Immaculate Conception (CIC) respectively, both situated in Enugu, Enugu state. I had my tertiary education at the prestigious university of Nigeria, Nsukka, where I studied Zoology (majored in Parasitology). I hail from Akuma, Ibagwa-Ani, Nsukka local government area, Enugu. I am a logical, dependable, and humorous young man that prioritises healthy and progressive relationship.

My position in a highly politicised family saddled me with the prerequisite attributes of inclusive and integrative leadership. These attributes enable me to integrate all parties and provide the family with a united front. I am devoted to ensuring that peace prevails in any society that I’ve found myself in with the view of promoting interpersonal interaction and societal development. i have also had the opportunity of serving in various leadership positions like the leader of the youth fellowship of my religious group, secretary of my departmental student association in university. currently, I am doing a post graduate degree in peace studies and conflict resolution at national open university (noun) to enable me hone this skill and increase my capacity in fostering a peaceful environment globally. I am also seeking admission at Benue state university to run a masters degree in organisational psychology. I will also love to earn a degree in business management, writing, and complete computer programmes such as coral draw, power point, and web design. Before my 40th birthday, I will like to author an internationally recognised bestseller.

Presently, I work with a pharmaceutical company as their sales representative in Makurdi, Benue state. A position I intend relinquishing within the next five years all things being equal. This is to allow me venture into crop production. I have a piggery but will like to increase the scope of my animal husbandry to include a fishery, poultry, and hatchery. My other interests include public speaking, relationship consultant, and entrepreneurship. I have been to about 18 states out of the 36 in my country. my target is to add at least 6 more states to that list before the end of 2017. Although, I have not been to any country outside Nigeria, I intend to travel to Amsterdam, Paris, California, Bahamas, Nairobi, London and Texas.

I love reading motivational/inspirational books, religious literatures, autobiographies, historical books, self improvement/management books, and conventional writings. among my favourite books are Why ask Why by John Mason; The Seven Habits of Highly Effective People and First Things First; Seed of Trust all by Stephen Covey. Unlimited Power by Anthony Robbins; Grace by Max Lucado, Instinct by T.D. Jakes, The Pilgrim’s Progress by John Bunman, Mere Christianity by C.S Lewis, Long Walk to Freedom by Nelson Mandela, The Power of Right Believing by Joseph Prince, Things Fall Apart by Chinua Aachebe, an Half of a Yellow Sun by Chimamanda Adichie. Among my best movies are: The Godfather; The Great Debaters; Coming to America; Terry Pelly’s collections; Hitch; The Devil’s Advocate and The Notebook. Epic movies such as Game of Thrones and Prison Break. I love playing and watching football, playing indoor games like video games, chess and scrabble.