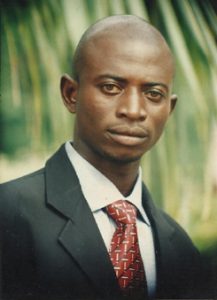 A place where individuals discover their talents and harness it accordingly for the benefit of others.
A place where integrity and sincerity is held in high esteem
A university system where students are taught, not just theory but practically oriented courses such that on graduation, they are not mere job seekers but job creators.
A hospital system where healthcare is readily affordable and available to all categories of citizens.
A government that is transparent and honest, discharging the basic amenities adequately to the populace.

The world is today faced with diverse problems. Some are natural, whereas, others are manmade. With diligence however, some of this problems could be averted. Meanwhile, some of the problems facing the world today include: Global warming (climate change); General insecurity; Food insecurity; to mention a few.

Global warming is a phenomenon where there is a general rise in global temperature. This is occasioned by gradual depletion of the ozone layer. The latter prevents the direct rays of the sun from reaching the earth surface. However, due to human activities (running of factories, automobiles, refineries, to mention but a few), the ozone layer is continually being depleted, thus permitting the sun rays to reach the earth surface unrestricted. As a result of this general rise in temperature, water levels have risen globally resulting to flood across the globe. Many arable land have been lost, lives and properties have also been lost consequently. The case of Tsunami and other related occurrences are evidence to this claim.

The issue of security threat is also another problem. Wars and conflicts are commonplace globally today. A number of sects and militant groups have emerged in the last few years posing a lot of threats to lives and properties; among them are the al Qaeda network; boko haram; to mention a few. Innocent lives; religious and government institutions have been the major targets of these sects. Wanton destruction of lives and properties has been caused by the activities of these groups. It is no longer news that weapons are continuously been smuggled across many borders unchecked. The sophisticated weapons in the hands of militant groups far outweigh that in the possession of security agents. The attendant consequence of this wanton destruction is gross underdevelopment since investors no longer have confidence in such countries where these unruly activities are prevalent.

Food insecurity is occasioned by arable land being lost to flooding; water bodies and entire ecosystem being destroyed by oil spillage; to mention a few. The effect is shortage of food in the affected areas. Oil spillage destroys consumable water making it toxic for consumption. Also fish and other aquatic life are destroyed in the process. The overall consequence is food shortage. So many wild lives have gone into extinction in recent years.

The problem of global warming could be solved by encouraging more greens in the society. For instance, for every tree cut down, one must be planted in replacement. Green is very important in fixing atmospheric carbon dioxide via photosynthesis thereby releasing more oxygen that helps in boosting the ozone layer. this will in turn keep the rising temperature in check, as a result, the ice at the poles are preserved from melting the more hence the rising water level will be kept low. On the other hand, victims of flood are to be relocated to highlands far from flood areas and drainages should be well constructed where necessary.

The problems of general insecurity and conflicts could be curtailed by checking influx of light weapons and ammunitions across borders. Security agents are to be armed with state of arts facilities to enable them combat crime effectively.

On food insecurity, government of affected communities should ensure that respective companies make alternative arrangement of consumable water to the community. Such companies that experience pipe breakages are to carryout routine checks on their pipes to forestall oil spillage.

Refineries that generate harmful gases into the atmosphere should device means of recycling the gases generated so as to prevent unnecessary depletion of the ozone layer and acid rain.

Measures should be devised to preserve wild live. The populace should be orientated on the danger of bush burning and adequate disciplinary action taken on offenders to serve as a deterrent to others.

I am, Ameh, Christopher, a holder of B.Sc in Mathematics/ Computer Science from the University of Agriculture, Makurdi, Benue State, Nigeria. I hail from Anwule-Oglewu district of Ohimini Local Government Area of Benue State – Nigeria. The eighth born among sixteen children, my late father having two wives. Due to circumstances beyond my control, I did not go to higher institution early enough but I happened to be the first to hold a degree in the family. I have interest in computer science and I would like to be a certified and a seasoned computer scientist. I have a dream of lecturing in the university. In line with that, I hope to enroll for my masters program in the next academic session to boost my status. I hope to rise to the peak of my career where I will be enabled to make impact on the life of others.

One of my major goals is to become a minister of the word of God. I do not intend to own a church of my own, but just an international minister who is relevant across denominations, wining souls. I also have flare for business; I like to own a conglomerate that is computer based that can render consultancy services to multinationals.
Presently, while I await admission for my masters, I am running a petty business in my alma mater, where I photocopy lecture notes and other materials for lecturers and students.

I love travelling when I am on holidays. I was able to pay my way through school by driving personalities from one part of the state to another and outside the state occasionally.

As for books, I happened to be a voracious reader; I read any material that comes in handy. I come to find the Bible as one of my favorites because of its all inclusive nature, touching every sphere of life. I have also read books by Ben Carson, Napoleon Hills, John Mason, Myles Munroe, to mention a few. On the whole, I love motivational and good Christian literatures.

On movies, I like bestsellers generally. I have watched works done by Al Pacino, Samuel Jackson and other seasoned artistes. I also love good Christian musicals, reggae and good sentimental musicals.

At the moment, apart from my first degree, I have not embarked on any special studies or project yet, but I hope to in future. However, in terms of leadership experience, back on campus, I served as assistant secretary general to Catholic Charismatic Renewal of Nigeria for 2 years, for 2 years President of National Association of Ohimini Students, Uni- Agric chapter. Back in secondary school, I served as secretary general to Altar Boys Association and St. Jude’s Society respectively.

On family experience, I do not have a family of my own yet, but I am confident I will get married this year, 2013.

At this juncture, I will briefly give account of what transpired during the period I left secondary school and securing admission into the university. After my secondary school program, I left Otukpo, the seat of the Idoma nation, the home of the incumbent senate president, Senator David Mark, where I was born and bred, for Makurdi, Benue State capital, to late Uncle Tony Ocholi. He became visually impaired close to his retirement from civil service. Having no wife or children, I opted to stay around and to assist him, but little did I know then that I was going to stay back in Makurdi. Days turned to weeks and weeks to months, and months to years. I had to get a job with a fuel station in order to sustain my uncle and myself because his salary had stopped and we were waiting for