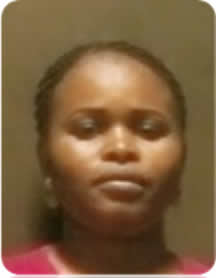 A world that works for everyone is a world that is full with love and unity, in that everyone is seen as one, no matter your background, your financial and health status .Everyone helps each other, shares ideas respects the opinion of each other, and also free from envy.

These problem, having been the most pressing problem in the world, should be tackled first in the home, where the parents should teach their children, the word of God and his commandments, also these problem should be tackled in the churches, where the word of God is been thought extensively. By so doing the fear of God will be inculcated in them, which will help them as they are growing to love each other as brothers and sisters, see everyone as one. Through these platforms, it will help to prevent fighting, quarrelling which is caused out of envy.

My name is Adiele Ijeoma. I am from Umuikaa, in Isiala Ngwa south local government of Abia state. In the family of six, I am the first child and the first daughter of my family. I am fair In complexion. I am a cheerful and free persons also a likeable person, have lots of good and nice friends but I hate cheaters and cruel people, I love people that are strength forward, people who I can learn positive things from not negative things, also people who respects the idea of others. I schooled in royal college Aba that is in my primary and secondary level and graduated from Madonna university Elele campus in my tertiary level, where I studied nursing science. My personal interest in life is to leave a life of emulation a Christ like life that will motivate people around me to leave a rightful and fulfilled life.

My dreams and goals in life are to use my profession as a platform to reach out to people in need, the elderly and also rehabilitate the sick ones. I love travelling too, I have been to Portharcourt, Abuja, Owerri, Enugu, Okigwe, Benue state etc. also I love reading so much, such as inspirational and motivational books, also love watching movies such as Nigerian movies, foreign movies, Philippines movies and Indian movies.

I have also participated in skill acquisition entrepreneurship development program which has been and added knowledge to me in life where different skills are been thought such as baking of cakes, bread, and also how to make liquid soap, car wash, creams, and detergents. I have also embark on a project of eradicating HIV and AIDS in owerri where HIV screening test is done and also counseling is given to everyone especially the victims who will always think that there is no remedy for it again, also I have also participated in meningitis immunization in Markudi where the vaccine was injected to ages of 1-29yrs to prevent inflammation of the meanings. I also during the immunization of meningitis was the team leader of 13 people in my group, where I supervised what they are doing , whether they carried out their work successfully or not., it was a nice experience because it was my first, where people that were older than me were supervised by me, I was humble to them, and also listens to their complaints and challenges and I will make sure that their problems were tackled and solved, they were friendly to me too so was I, I really enjoyed the experience.

I have also thought in school of midwifery Makurdi during my service year, it was really a good experience, which exposed me more academically and socially. The students were also friendly and wonderful people who were eager to learn and will always want to have lectures and even extra moral lectures with me, I loved that experience because I was a very shy and timid person but with these experiences I became bold and brighter.